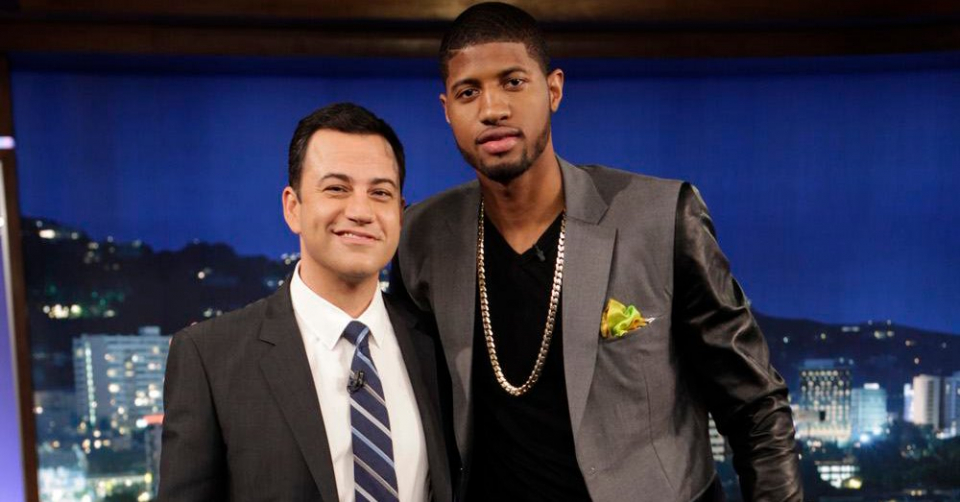 This sounds all too familiar. Two of the NBA’s most storied franchises, the Boston Celtics and Los Angeles Lakers, are the two main teams rumored to land the top two players on the market — Paul George and Gordon Hayward. Both players have correlations back to each respective squad. George is from the Los Angeles-area and Hayward was the star player of the Butler teams that went to the Final Four coached by current Celtics head coach Brad Stevens. The situations sound too perfect and perhaps they are.

Just in the last three seasons, we’ve seen a handful of heavily speculated moves in the league surrounding these two franchises. This past trade deadline, it was believed to almost be a guarantee that either George or Chicago Bulls forward Jimmy Butler would end up with the Boston Celtics. Analysts believed the two sides were a perfect fit for one another because Boston is a team full of tradeable assets, but are also perhaps one star wing player away from contending with Cleveland in the playoffs.

Toronto Raptors guard DeMar DeRozan was a premier free agent last summer and it was widely believed that he would return home to succeed Kobe Bryant as the Lakers’ next star. Trades for Cleveland Cavaliers forward Kevin Love and Oklahoma City Thunder guard Russell Westbrook also circulated. Instead of bringing in any of the three names last offseason, the Lakers ended up giving $136 million to forward Luol Deng and center Timothy Mozgov. Between the two additions, Deng and Mozgov averaged 7.5 points per game last season.

The biggest recent failed rumor among these two teams, however, was the rumor that then-free agent forward Kevin Durant would sign with the Boston Celtics. The city of Boston brought out legendary NFL quarterback Tom Brady and really tried to sell Durant on the franchise’s winning history. Reports surfaced after the Celtics’ meeting that Durant was very impressed by Boston’s presentation and he was strongly considering joining the team the day before his decision. Of course, now Durant is on undefeated postseason Western Conference squad Golden State Warriors, while the Celtics are currently looking at a rout against the Cleveland Cavaliers in the Eastern Conference Finals.

George hasn’t shied away from the Lakers and Celtics rumors, but this offseason, his desire to leave Indiana isn’t the only factor that’s going to grant him a trade to one of these two teams.If the teams don’t offer the necessary amount of assets for George, the Pacers could easily turn down the offers just like they reportedly did for four Hawks first-round picks early this season. While Hayward has shown that he’s keeping an open mind this offseason, the 27-year-old father also has to consider his young family and being in the city where he’s spent his entire career.

While yes, the rumors of George and Hayward make plenty of sense, fans have to remain reasonable when choosing the speculation they believe will become truth. The league wants the Lakers and Celtics to be great with star-studded rosters, but it must be understood that train of thought results in forced predictions that have rarely become reality since 2013.