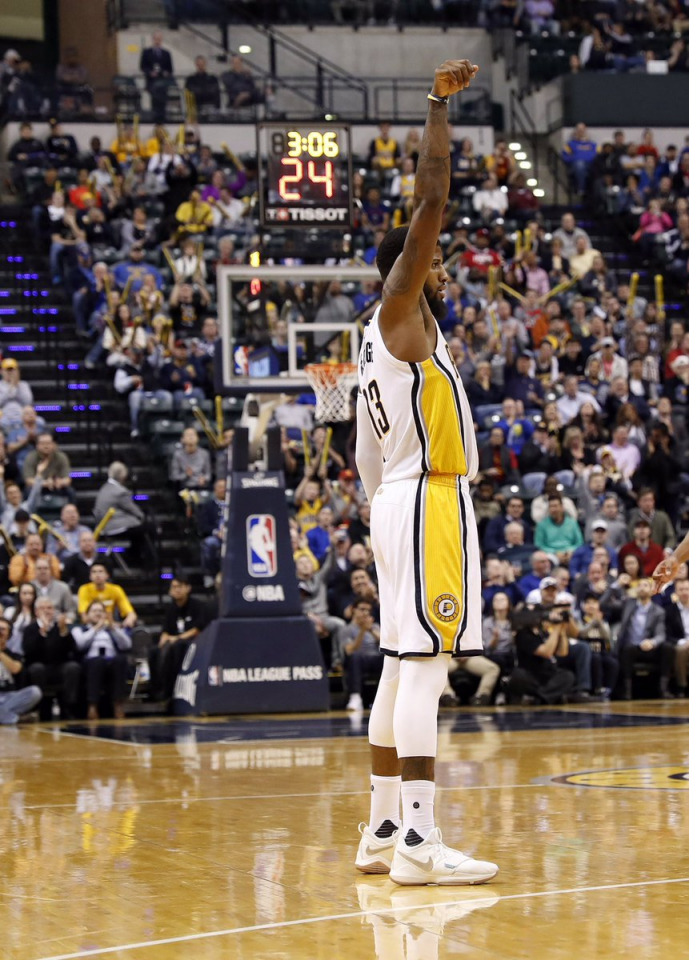 The biggest collapse in the history of the NBA playoffs. That was the reality on April 20 for the Indiana Pacers and the team’s star, forward Paul George, who’s averaging 32.3 points, 9.3 rebounds, and 7.7 assists this postseason. The Pacers carried a lead as large as 26 points, before falling to the Cleveland Cavaliers 119-114.

“Here we are up 26 to start the second half and a chance to put our foot on their throat and we came out relaxed,” George said after Game 3. “We got beat like that Game 1, we go beat like that in Game 2. At some point, we got to nip that in the bud, giving uncontested threes up.”

In the history of major American sports, only four NHL teams have come back from a 0-3 deficit, one MLB team accomplished the feat and not one NBA team has done it.

“We’re playing for pride now,” Pacers guard Jeff Teague said, who is facing a third consecutive sweep by the Cavaliers on teams he’s played on (Atlanta Hawks during the 2015 and 2016 playoffs). “We’re all competitors here, we all believe in one another, and we ain’t getting swept.”

George has publicly criticized his team’s efforts multiple times in the last month.

“There’s no urgency, no sense of urgency, no winning pride,” he said after a March 28 loss to the Minnesota Timberwolves, according to the Indy Star. “This locker room is just not pissed off enough.”

The four-time NBA All-Star also made headlines earlier in this series by individually calling out teammates C.J. Miles, Lance Stephenson and Myles Turner for the decisions they made during the team’s first two losses.

George’s contract with the Pacers doesn’t expire until 2019, however, it appears that his time in Indiana has run its course. Last summer, the team brought in All-Star point guard Jeff Teague, Monta Ellis, Al Jefferson and Thaddeus Young among others. On paper, the Pacers appeared poised to beat the Cavaliers in the playoffs. The reality may be even worse because now the team’s on the verge of getting swept in a series that should be in their favor.