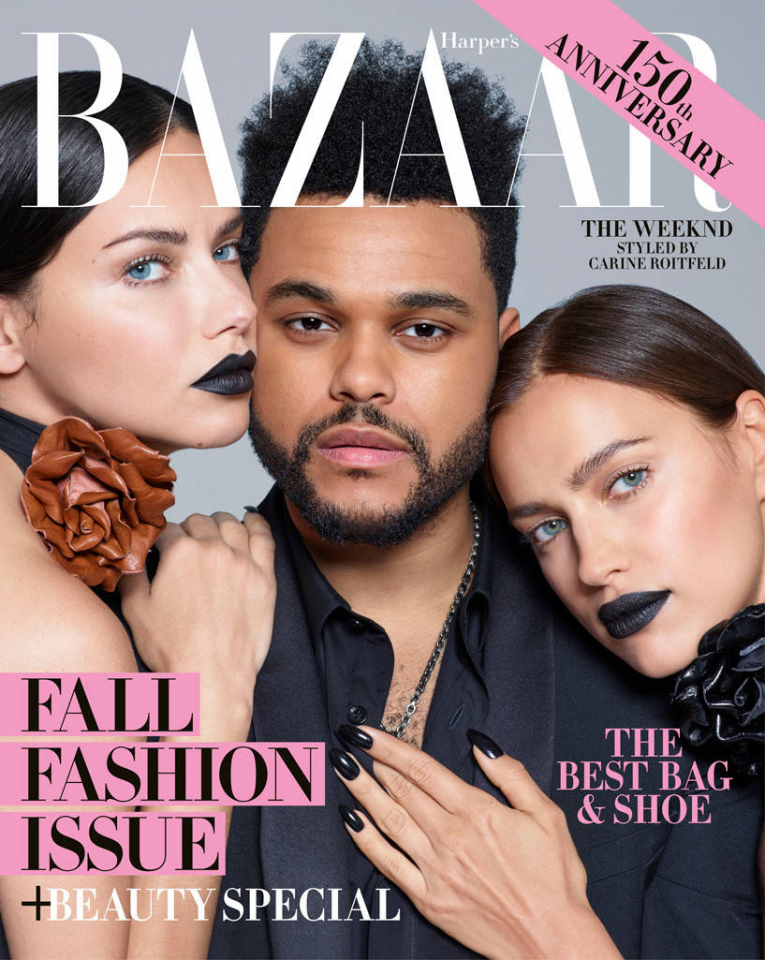 Has Grammy-winning artist The Weeknd shed his bad boy image?

The singer, born Abel Tesfaye, recently nabbed the cover of Harper’s Bazaar fall fashion issue and he looks more dapper than ever. Sandwiched between A-list models Adriana Lima and Irina Shayk — both stunning with slick, pulled-pack hair and a black lippie — the crooner, dressed in Saint Laurent by Anthony Vaccarello, has evolved into quite the style star.

Inside the pages of the high fashion publication, the 27-year-old revealed why he’s kept his personal happenings on the hush-hush. “I’m not in a rush to let people know everything about me. Mystery is always great,” he tells the mag of keeping his mystery.

“Luckily, the only thing the world demands of me is music” continued the musician. “I don’t have to give them anything else for the rest of my life.” Speaking of music, the Toronto native revealed he’s considered retiring from his stage name. “Kind of like pulling a Ziggy Stardust. Maybe I’ll retire from being The Weeknd.” He quickly backtracked: “maybe I’ll just give him a break.”

The “Starboy” has applied a similar tight-lipped policy to his love life. His leading lady, Selena Gomez, has been much more forthcoming about her relationship with The Weeknd.

As you may recall, the former Disney star, 25, recently experienced a bout of emotional health issues, sending her into 90-days of isolation and “equine therapy,” she described as “the best thing that I ever could’ve done.” Now, in a “really, really healthy place,” she tells InStyle magazine that she attributes much of her newfound happiness to her relationship.

“I don’t depend on one area of my life to make me happy. It’s really important for me to love and nourish my friends and family and to make sure that I never get influenced by a guy,” said Gomez.

“Before, I was so young and easily influenced, and I’d feel insecure. You want someone to add to your life, not to complete you, if that makes sense.”

That being said, she added, ‘I’m lucky because he’s more of a best friend than anything else.”