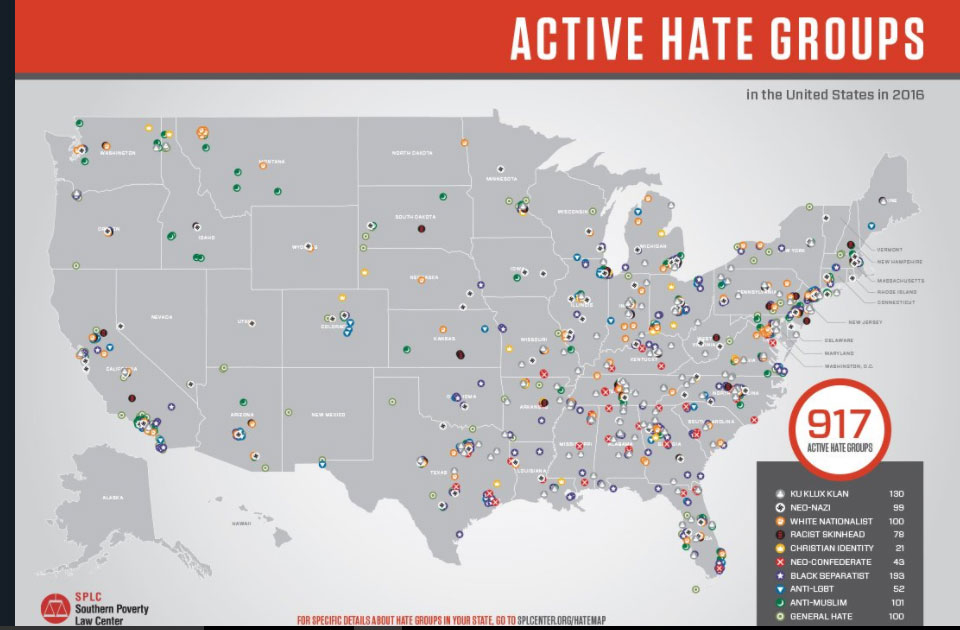 The Southern Poverty Law Center (SPLC) released an interactive hate map, which shows there are 917 active hate groups in the United States. These groups were well represented in Charlottesville, Virginia last weekend during the Alt-Right rally-turned-riot.

Many believe the rally and growing list of unifying White supremacist hate groups are due to xenophobic and racist remarks made by President Donald Trump.

According to the SPLC:

-There has been a 197% Increase in the total number of anti-Muslim hate groups up from 2015.

-The total number of Ku Klux Klan groups in 2016 was steadily growing at 130 known organizations.

-In 2017, there are an estimated 917 active hate groups in the United States.

These numbers are frightening. President Trump has created a climate of intolerance in America that is quickly slipping into the dark territory of fascism.