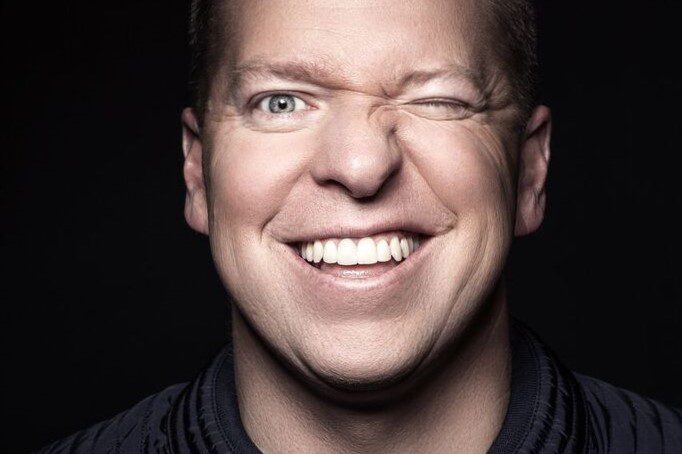 Stand-up comedian and actor Gary Owen is best known for his side-cracking jokes as well as being voted by Ebony as “Black America’s Favorite White Comedian.”

Born and raised in southern Ohio, near Cincinnati, Owen knew at a young age that comedy was his true calling. Voted “class clown” during his senior year of high school and performing stand-up comedy in the Navy offered a foreshadowing the comedian he would become.

“I moved around a lot when I was little. Used to make a joke about whoever my mom was dating, that’s where we moved. I started in the military doing stand ups, but the light came in probably in the sixth grade. On the first day of school, I had a gym teacher, and was talking at the same time he was talking. He said, ‘You need to be quiet, what are you a comedian or something?’ I said, ‘Yeah!’ Until this day he tells me that I said it with so much conviction,” Owen jokes.

Anyone can self-identify as a comedian, but it takes true talent to genuinely make people laugh. Owen tells rolling out he discovered he wanted to do stand-up comedy for a living while still in high school.

“[In] high school, I knew I was funny because I would host talent shows and stuff like that. I know this sounds crazy, but I’ll never forget my junior year of high school when the college and military recruiters would come and talk to us. I remember sitting in the back of the classroom saying I don’t need any of this, I’m going to be a stand-up. At one point, I was going to run away from home, and I told my boy to take me to the bus station. He asked where I was going. I said, ‘I’m going to L.A., I’m funny enough I’ll make it.’ Then I realized I needed money to get on the bus,” Owen recalls.

After graduating from high school, Owen attended the Navy Police Academy. He had hopes of being stationed on the West Coast to start his stand-up career. He believed at the time, you could only do stand up in New York or California.

His career began in San Diego. He remembers looking through a phone book and calling a place called Comic Castle about stand up. After realizing he contacted a comic store instead, the store referred him to some comedy clubs. Owen took off ever since doing stand-up and appearing in movies like Think Like A Man, the sequel Think Like A Man Too, and one of his favorites, Ride Along. Owen likes to think that was the highlight of his career.

Gary Owen’s ‘I Got My Associates’

“I Got My Associates” will premiere Friday, Sept. 8, at 9 p.m. EST. Viewers are in for a treat regarding his third SHOWTIME® comedy special. Owen will be sharing his hilarious stories viewers about the people he encounters from all walks of life.

“[I Got My Associates] it’s just going to be funny, I’d like to think that my special and my audience at my special is more of a reflection of this country more than what the media is reporting. Because you are going to see Black, White, and Latino people laughing at the same stuff. I will do racial jokes that even if you don’t hang with black people, or don’t hang with white people you will still understand it. I try to take the lighter side of racism, I feel like people make it so serious.[…] With black and white people, we just do stuff differently, there is no right or wrong it’s just different,” he says.