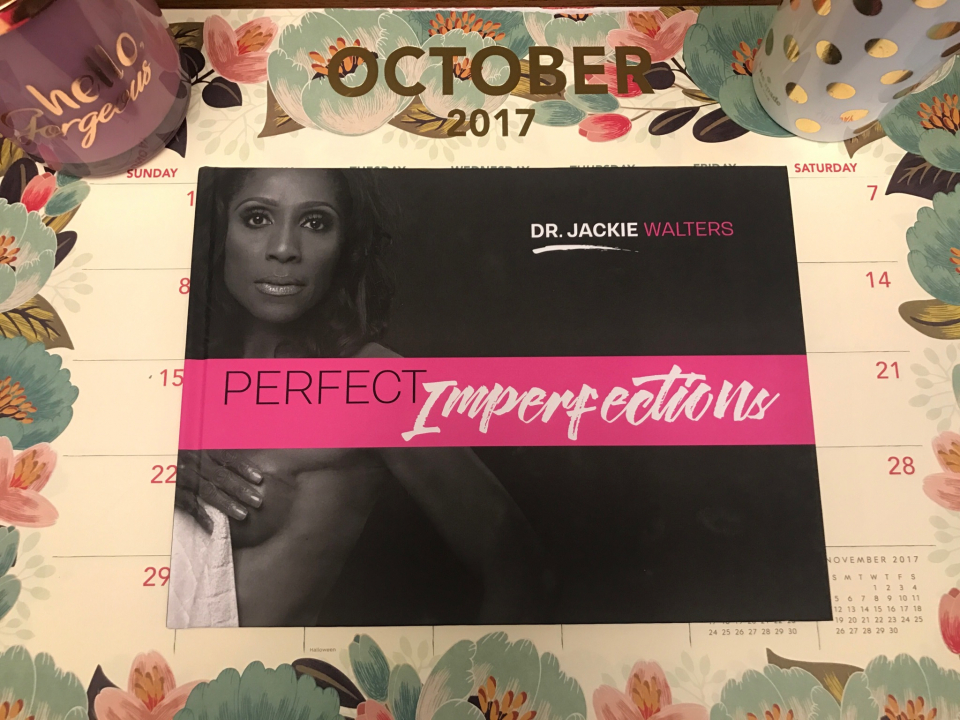 Perfect Imperfections, written by Dr. Jackie Walters, is the ideal book for women fighting breast cancer, as it explores the beauty of the female body before and after the disease takes place and unites breast cancer warriors who may feel alone as they embrace their new norm of womanhood.

Comprised of photos of survivors, supporters, and breast angels, photographer DeWayne Rogers flawlessly captures the essence of being a powerful and bold woman. Alongside each photo, adjectives such as “resilient,” “fierce,” “confident,” and “fearless” accompany the portraits to give the images an even deeper meaning.

Perfect Imperfections features survivors such as Deirdre B. Alford and Maggie Davis, Breast Angel Amber Norris, and supporters such as Tamar and Towanda Braxton.

Dr. Walters, a two-time breast cancer survivor, shares how she struggled with and eventually conquered her battle with breast cancer, and how it became a ministry to elevate other women facing the same trials.

“… I am on a spiritual assignment to uplift, inspire, and celebrate breast cancer warriors,” she said in her book. “ I have always believed that God has ordered my steps to touch lives of women all over the world and display my scars without fear, so other warriors can understand they too can make it through this battle.”

The “Married to Medicine” star also discusses the pivotal moment when she knew she had to make a difference and launch her own foundation, 50 Shades of Pink, that not only focuses on the well-being of breast cancer warriors, but also on the mental health associated with the dramatic physical changes that occur to the body during the fight.

“When everything that makes you look and feel like a woman is affected by breast cancer, (your hair, your nails, your breasts), it’s the smallest things that make a difference and make you feel beautiful again,” said Walters.

Walters launched 50 Shades of Pink, purposely using that name, because though all breast cancer warriors are fighting the same battle, “every ribbon tells a different story.”