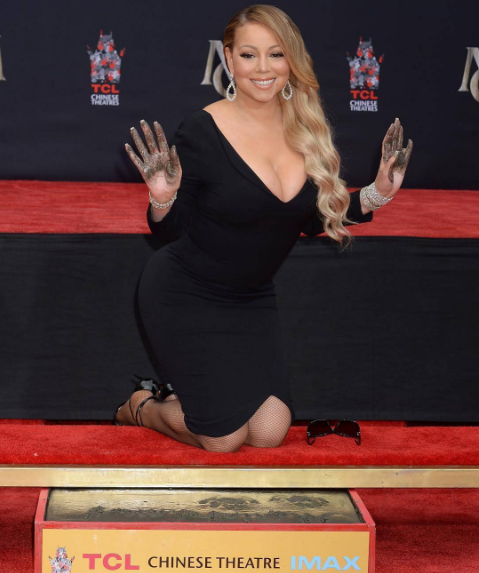 Songwriting megastar Mariah Carey, who co-wrote 17 of her 18 No. 1 songs, is among the nominees revealed Monday for the 2018 Songwriters Hall of Fame.

Also included as nominees is the iconic rap group N.W.A., who, of course, is best known for the album Straight Outta Compton and their heat-seeking single “F— tha Police.” The Isley Brothers, the kings of mattress music, Kool and the Gang, who had a storehouse of R&B hits, Tracy Chapman, Jimmy Cliff, Maurice Starr and Jermaine Dupri, who helped write and/or produce some of Carey’s hits, also received nominations, the Associated Press revealed, a day ahead of the official announcement.

Carey holds the record for notching the most No. 1s on the Billboard charts of any artist, including her first chart-topper “Visions of Love,” and includes “Emotions”, “Always Be My Baby,” the Jackson Five remake of “I’ll Be There”, “Hero”, “Honey,” and “Sweetheart.” She earns her first ever nomination for the Songwriters Hall of Fame. Songwriters are eligible for induction after writing hit songs for at least 20 years.

Pioneering rap group N.W.A. also earned its first nomination, months after venerated hip hop head Jay-Z became the first rapper inducted into the organization as part of its 2017 class. The Isley Brothers recall a different era of R&B music with their unforgettable, timeless classics “Between the Sheets”, “Living for the Love of You”, “Twist and Shout,” and many others. Kool and the Gang’s vault of hits begins with their best known crossover smash “Celebrate,” and keeps on going through “Fresh”, “Joanna”, “Cherish the Love”, “Get Down on It”, “Misled,” and the disco barn-burner “Ladies Night.”