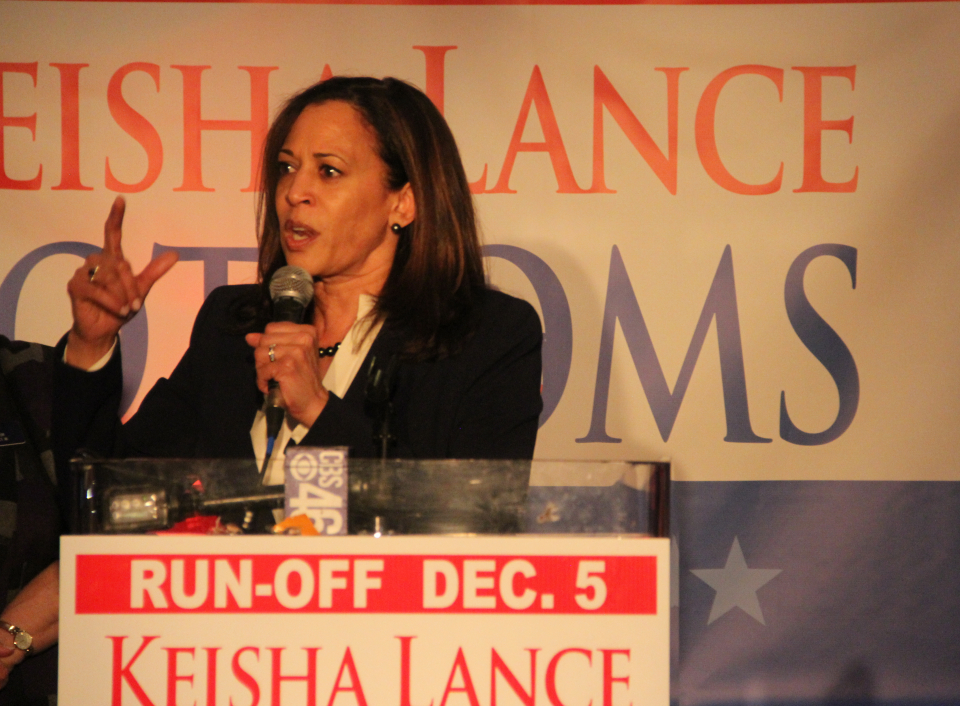 In a big push to secure the Democratic party’s 138-year reign in Atlanta, U.S. Senator Kamala Harris made a trip to Atlanta to endorse mayoral hopeful, Keisha Lance Bottoms.

Bottoms will face-off against Mary Norwood on Dec. 5 in an election that could change the landscape of Atlanta politics. Norwood  is an Independent who has faced allegations of being a Republican. But throughout the campaign, she has continued to embrace her status as an Independent.

If Norwood becomes mayor of Atlanta, she would be the first non-Democrat to be the head of the city since 1879. Democrats across the nation have paid attention to Atlanta’s mayoral race. Harris, who is a rising star in the Democratic party, shared her views of why Bottoms should be Atlanta’s next mayor.

“Our country needs leaders who understand and who know how to fight for the best of who were are,” Harris said to a capacity crowd at Park Tavern in Midtown, Atlanta. “It’s not about who we fight against, it’s what you fight for. It’s about fighting for our greatness. This is a pivtol moment in time in our country.”

Harris continued,”We have to make sure to let people know what’s at stake. Let’s not wake up on the third day with any regrets.”

Along with Harris, Senator Cory Booker also endorsed Bottoms in an event that was held at Bottoms’ campaign headquarters in Atlanta. 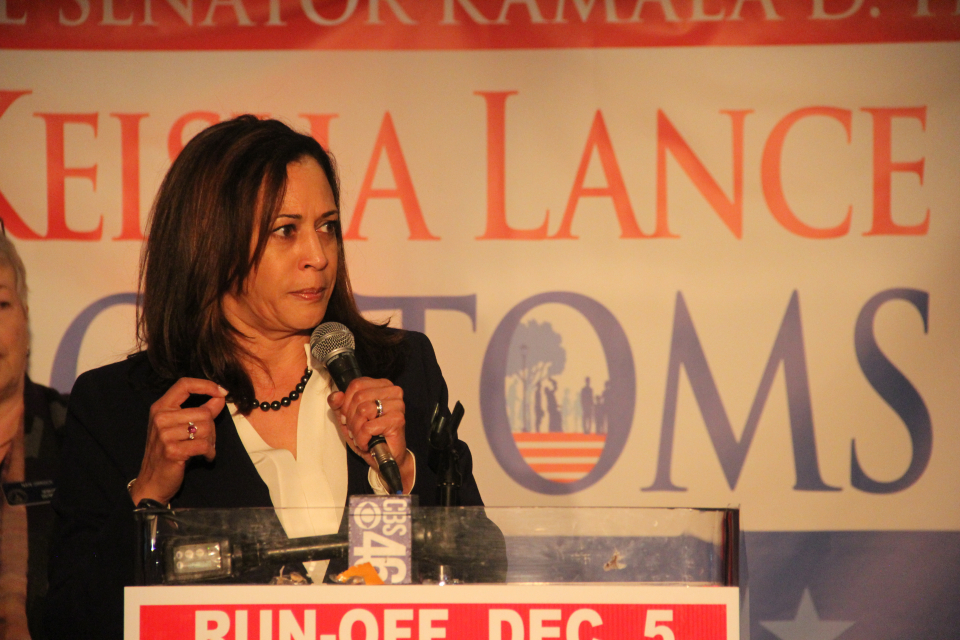 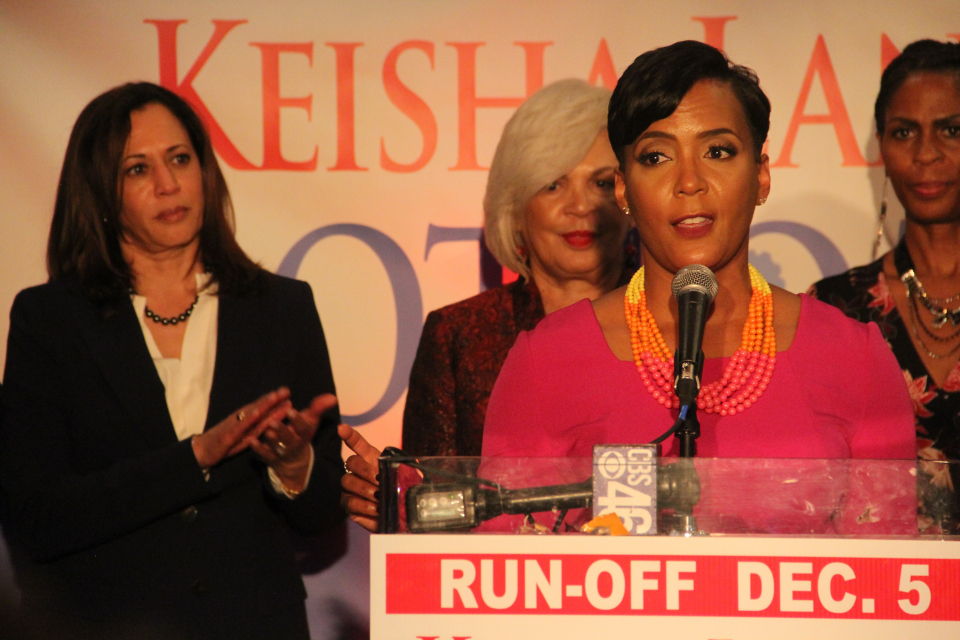 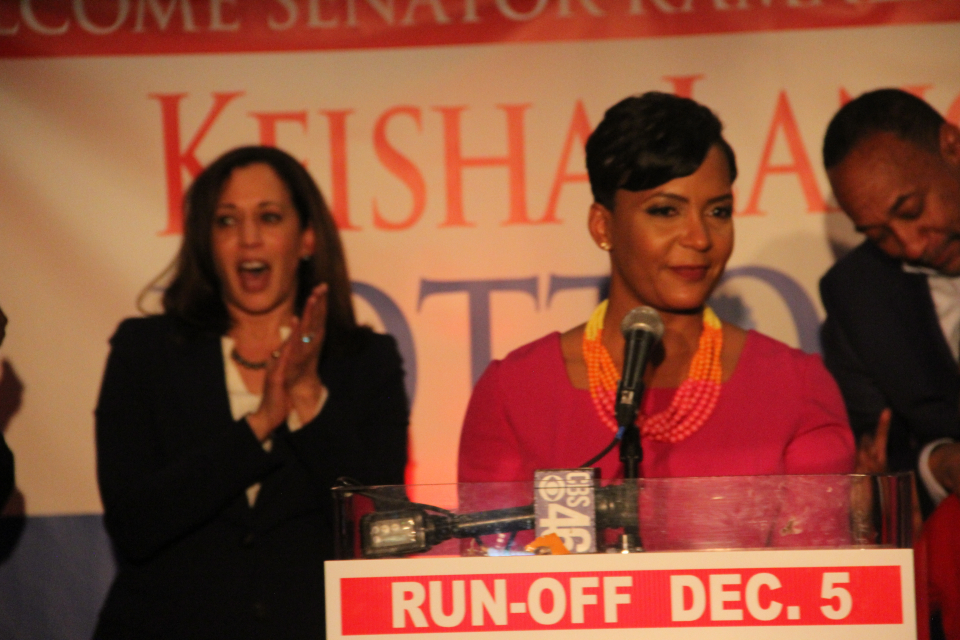 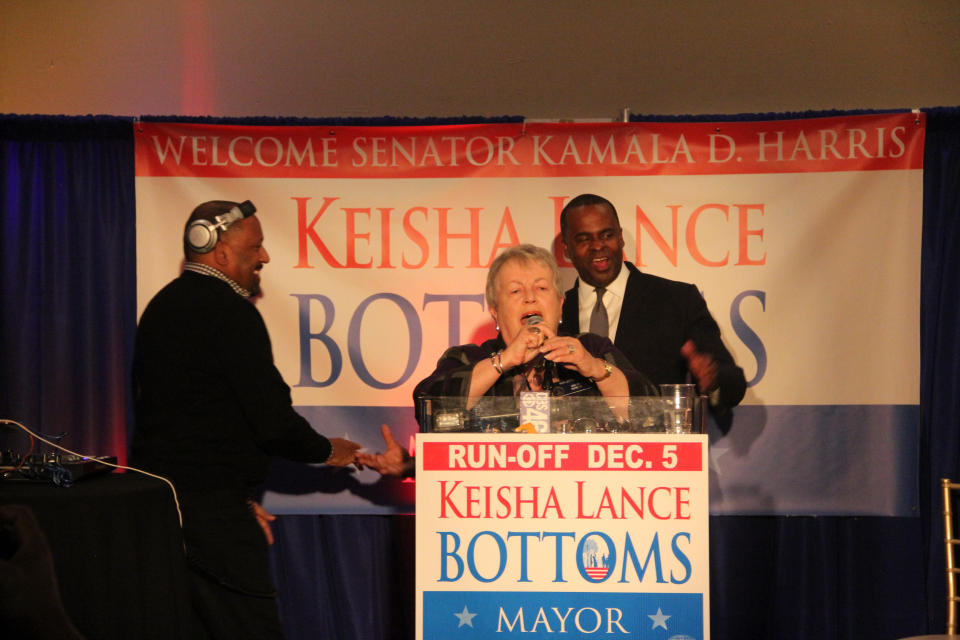 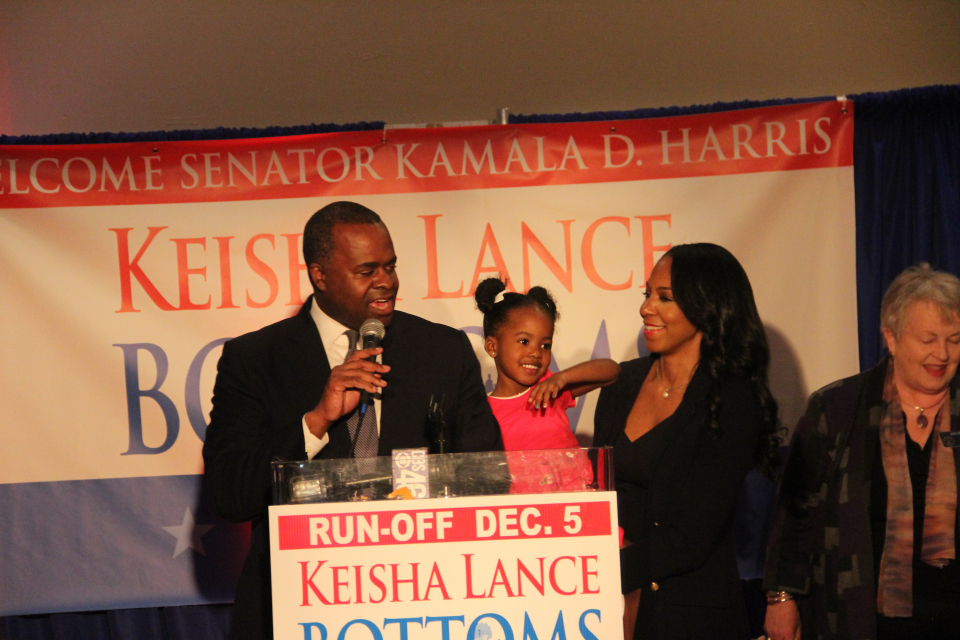