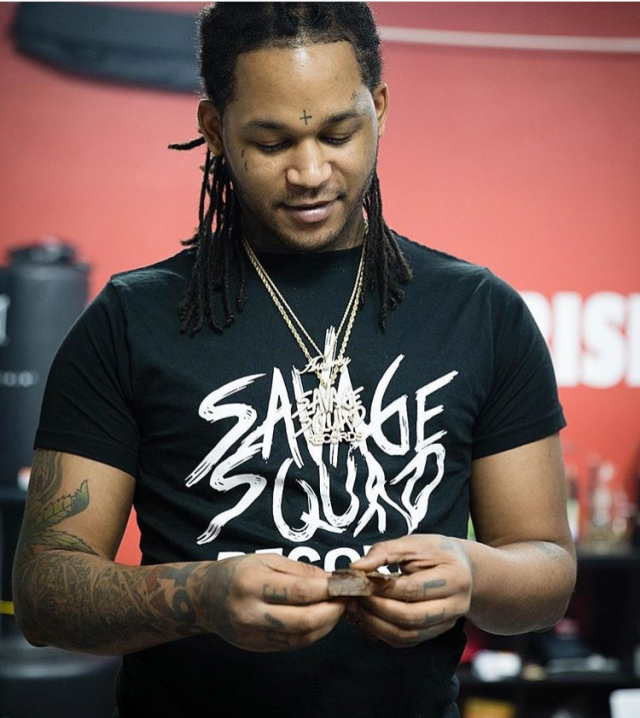 Karrueche Tran faced significant backlash for calling lean “lame” after the death of Fredo Santana (born Derrick Coleman) was announced Friday, Jan. 19. The model and actress used Twitter to apologize for the unfortunate timing of the tweet.

#KarruecheTran is catching some heat for her lean comments on Twitter, but has apologized for the timing

Many people criticized the 29-year-old for the insensitive tweet. Santana’s death was due to a fatal seizure and it was known that he was a lean user.

Tran responded by insisting that she wasn’t trying to be insensitive. On Saturday, Jan. 20, she wrote on Twitter:

That totally came out the wrong way wasn’t tryna offend anyone. I meant it in general terms. Bad timing

Someone on Twitter asked Tran why was she apologizing, and she made it known that she stood by her statement, but the timing of her comment was inappropriate.

Why are you apologizing for telling the truth? It is lame, it is wack and it’s has taken too many of our black men and entertainers away. Never apologize for something that’s true! That’s weak. There was NOTHING insensitive about that tweet at all. People are too sensitive

what I said was 1000% true. It was bad timing and seemed directed towards Fredo (RIP) which it wasn’t at all

Santana, who died at 27, opened up about his lean usage and admitted trying to get help for his addiction. Before his death, he was hospitalized for liver and kidney failure. That along with seizures are the effects of the usage of lean which is promethazine that is sometimes mixed with a flavored drink.

Tran isn’t the only one giving her commentary on lean and the Chicago rapper’s death. Santana’s father, whose nickname is Big Shug, shared his sorrow about losing his son on Instagram––.

THE WORST DAY OF MY LIFE

I don’t know where to begin,I’m a father of 6,not the best father in the world but i have Always been there.now Derrick was my second born named after my mentor my oldest brother,this is truly coming from my heart for I’m a lost for words.I wanna thank my wife for picking up of the floor cause I couldn’t stand,I wanna thank my family for showing what we are about,next I would like thank my sons true friends in the industry for showing your support,& next I did not know the magnitude of souls & hearts my son had reached until today,I wanna thank all the fans,friends & family that I just couldn’t reach personally,thank y’all for everything

The strange thing is,in my last conversation with God I asked if any of my children was being called home before me & asked can I take their place,but it Doesn’t work like that. This pain won’t go away