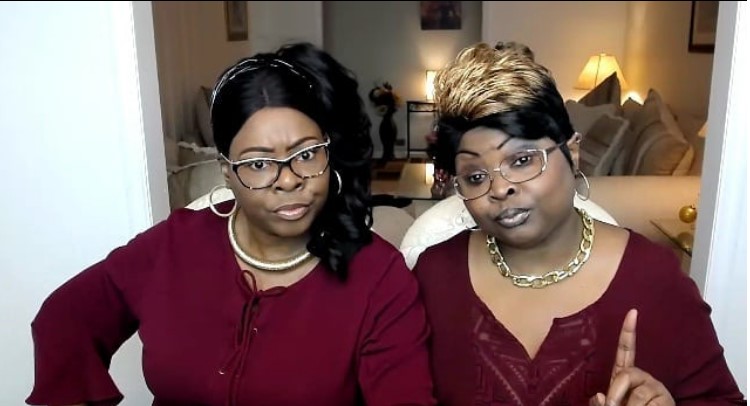 Facebook CEO Mark Zuckerberg testified on Capitol Hill Tuesday about allegedly selling his customers’ private information to outside companies. He also had to answer about his site’s censor gods and why his company believes the Black pro-Donald Trump duo “Diamond And Silk” are considered a “danger to society.”

Diamond and Silk, whose real names are Lynnette Hardaway and Rochelle Richardson, are two outspoken politically conservatives who posted frequent videos on Facebook that have very right-wing, pro-Trump leanings. Diamond and Silk boasts millions of followers of the show of the same name. But they decry the fact their followers haven’t been receiving notifications of new video posts for some time — a situation Diamond And Silk charge is tantamount to “censorship and discrimination.”

Since Sept. 7, 2017, the pair alleged in their videos, they’ve been trying to wrestle a rationale from Facebook brass as to why the notifications of their new posts haven’t been funneled to their followers as it has in the past.

“[We] have been corresponding since September 7, 2017, with Facebook (owned by Mark Zuckerberg) about their bias censorship and discrimination against D&S brand page,” they said. “Finally after several emails, chats, phone calls, appeals, beating around the bush, lies, and giving us the run around, Facebook gave us another bogus reason why Millions of people who have liked and/or followed our page no longer receives notification and why our page, post and video reach was reduced by a very large percentage.”

What was Facebook’s response, according to the pair?

“Here,” they wrote, “is the reply from Facebook. ‘The Policy team has came [sic] to the conclusion that your content and your brand has been determined unsafe to the community.’ Yep, this was FB conclusion after 6 Months, 29 days, 5 hrs, 40 minutes and 43 seconds.”

A final insult, Diamond and Silk state, is that FB followed that up with this final notice to them: “This decision is final and it is not appealable in any way,” Diamond And Silk wrote.

The duo said they are confused. If the show “Diamond And Silk” are “unsafe to the community,” why were they allowed to stay on Facebook while the censors deem them “unsafe?” Why haven’t they been banned from the site altogether, the two reason.

Diamond and Silk allege that since they are unapologetic in their support for Trump, they have been deemed “unsafe.”

What are your thoughts about this? Do you believe this constitutes discrimination and censorship?