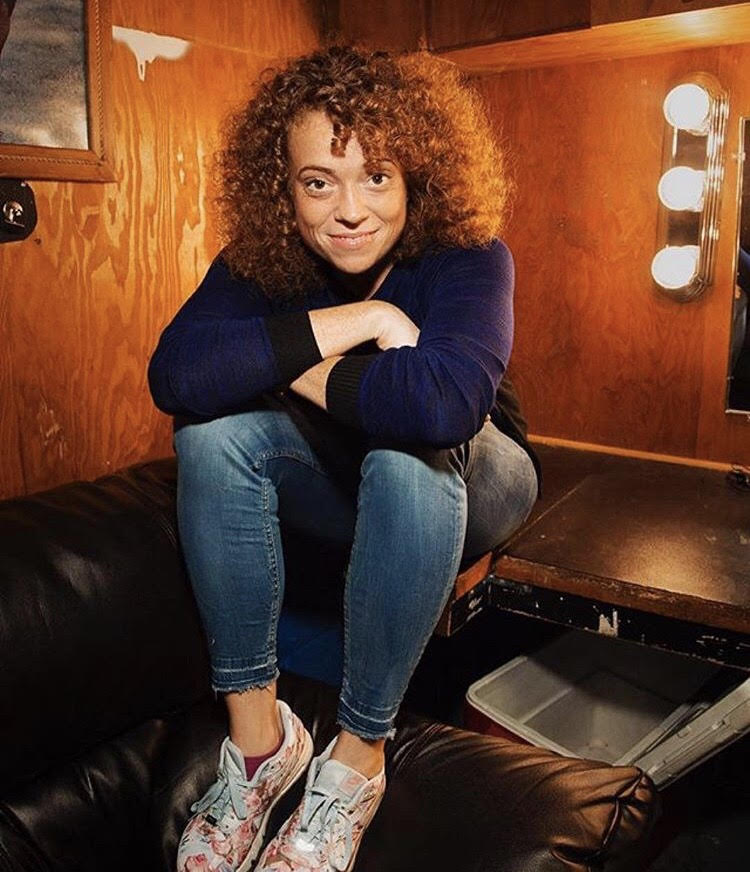 Every year a comedian is selected to “roast” the journalists, politicians, and White House staff. This year, rising comedian Michelle Wolf pulled no punches as she roasted Vice President Mike Pence, Kellyanne Conway, Sarah Huckabee Sanders, and, of course, our celebrity in chief, Donald Trump. She also made pointed remarks about print and broadcast journalists, but those jokes were forgotten amid her whithering jabs at specific White House notables.

She came in hot, with comments like, “Of course Trump isn’t here. If you haven’t noticed, he’s not here. And I know, I know, I would drag him here myself, but it turns out the president of the United States is the one p—y you’re not allowed to grab.”

Throughout her routine, there were moments of intense laughs, moments of silence, and moments of groans from attendees. She covered topics from gun control, school shooting, abortion, the #MeToo movement, and race-related issues.

When Wolf turned to Sarah Huckabee Sanders, she said, “I have to say I’m a little starstruck. I love you as Aunt Lydia in the Handmaids Tale” and “I actually really like Sarah, I think she’s very resourceful. Like, she burns facts, and then she uses that ash to create a perfect smokey eye. Like maybe she’s born with it, maybe it’s lies.” Wolf even went as far as to call her the Uncle Tom of white women.

Despite varying opinions, Wolf received support from viewers and fans alike. Even 2006 WHCD comedian Stephen Colbert spoke out on her behalf. On his late-night show, Colbert said, “This was a roast, and you’re the ones who hired Michelle Wolf. Being mad at her for doing her job is like accusing the valet of briefly stealing your car.”

What seemed to offend viewers who criticized Wolf were the comments made about Sarah Huckabee Sanders. There was an outpouring of support on Sanders’ behalf. Some journalists and news anchors praised her for being able to sit through Wolf’s jokes with such class. She opened up about her thoughts on Fox’s morning show.

“That evening says a whole lot more about her than it does about me,” Sanders said during an interview on Thursday morning’s “Fox & Friends.”

“I hope that [Wolf] can find some of the same happiness that we all have because I think she may need a little bit more of that in her life because the rest of us here are doing great,” Sanders said.

Everyone’s sense of humor is different, resulting in varying opinions of Wolf’s performance. One thing no one can argue is that Wolf exercised her right under the First Amendment: Freedom of speech.