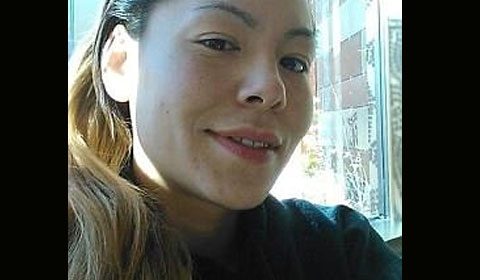 Some people you just should not owe money to and apparently Julia Haworth, 30, in St. Michael, Alaska, is one of them. According to Anchorage Daily News, Haworth was upset that an acquaintance owed her money for liquor and marijuana, so she came up with a twisted scheme to get her money.

The town of St. Michael has a population of around 400 and does not allow the sale or importation of alcohol. In April 2017, Haworth got the victim drunk, along with her rapist enforcer, identified as Austin Matthias, 24. According to court records after both men were inebriated she stated “Austin, I’m gonna need you to rape [the victim]” to which Matthias stated “sure” and punched the victim in the face knocking him unconscious. Matthias was paid with a bottle of whiskey for the attack.

He woke up the next morning with pain from a broken nose and had been penetrated anally, according to court documents. A witness confirmed to an Alaska state trooper that he saw the sexual assault occur in the victim’s residence. Matthias was indicted last June on two felony counts of first-degree sexual assault by a Unalakleet grand jury. Haworth was indicted on a count of solicitation of sexual assault as well as a count of first-degree sexual assault. The pair will appear in court on May 17, 2018, for further resolution of their sentencing. Nome Assistant District Attorney Tom Jamgochian told the media, “I’ve never seen or heard of a case like this before. … It is unique.”