Kanye West decided to pay $85K for a photo. During an interview with Angie Martinez, Pusha T shared the story behind the cover of his album, DAYTONA.

Pusha T revealed that Kanye West, who is the executive producer of the album, changed the cover art of the album days before its release. Kanye called Pusha T after midnight and told him that the cover art should be a different photo. He told Pusha T that it would cost $85K for use of the photo. Pusha T initially refused to pay the money since he knew that it would come out of his production budget. Kanye decided to cover the cost.

The photo is a disturbing image of Whitney Houston’s bathroom. There was cocaine, a crack pipe, beer cans on the bathroom’s counter. It’s an image of Houston, a beloved figure in the Black community, at her lowest point in life without considering her family and fans.

The use of the photo is another moment where Kanye is seeking to disrupt by making others uncomfortable. Similar to his support of Trump and the “slavery is a choice” statement, Kanye is taking things too far to prove a point and gain attention.

Unfortunately, the image could take away from Pusha T’s true work on the album. 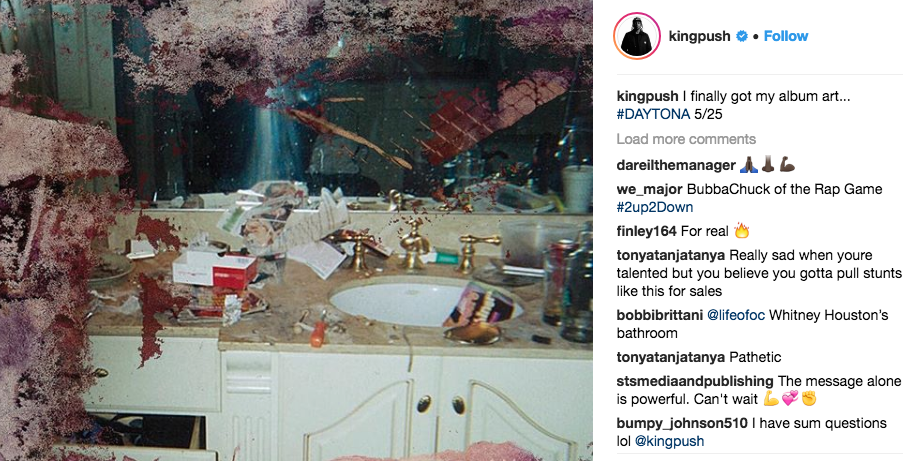