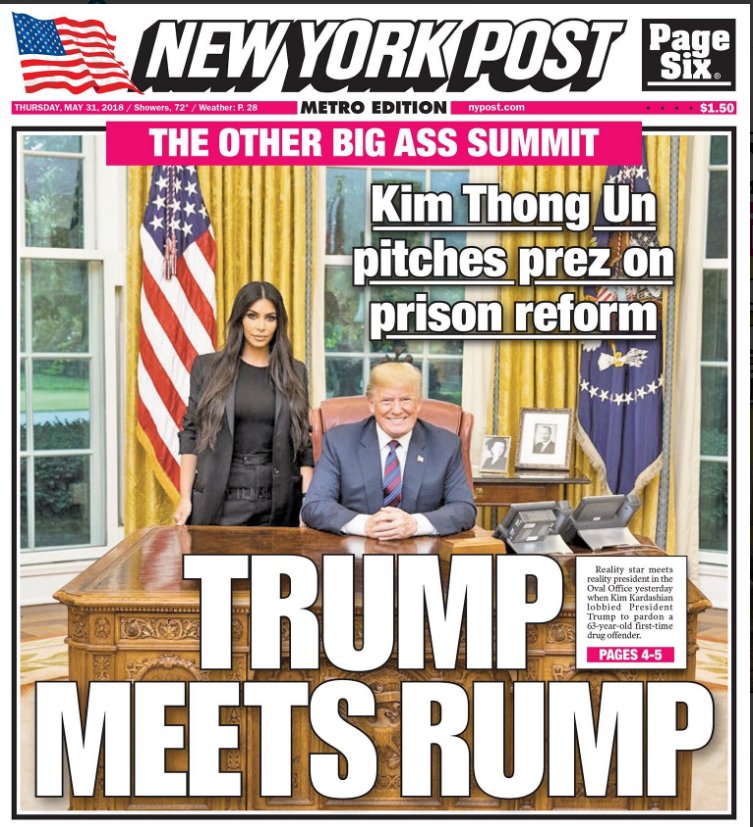 Reality TV superstar Kim Kardashian West is one of the biggest names advocating for the presidential pardon of an elderly Black woman who was imprisoned for life in the 1980s for a nonviolent drug offense. But while Kardashian West may be the biggest name, she is by far the least respected person working towards American prison reform, as the above New York Post headline crystallizes.

The person whose cause Kardashian West is championing, Alice Marie Johnson, 62, has been in prison for more than 20 years for a nonviolent drug charge.

Kardashian West was called on by the White House to meet with senior White House officials, including senior advisor Jared Kushner and even Donald Trump himself, to discuss prison reform.

The president did tweet, “Great meeting with @KimKardashian today, talked about prison reform and sentencing,” but said nothing specific about what the two discussed nor if the Oval Office summit will produce concrete changes in prison sentencing.

Johnson has spent more than two decades in prison and is scheduled to die there. Vanity Fair first reported that Kardashian West would be getting an audience with The Donald in order to chat about Johnson’s cause célèbre.

One of Johnson’s attorneys, Brittany Barnett, divulged to “CBS News” the meeting between the president and Kardashian West was very “positive,” but the president did not make a decision during the meeting about whether he will move forward with a pardon.

Kardashian West emerged from the meeting excited and tweeted about Johnson Wednesday: “Happy Birthday Alice Marie Johnson. Today is for you.”

Barnett said the Johnson team is grateful to Kardashian West for bringing attention to her case, specifically, and to prison reform in general.

“We don’t know — what we are hoping to find out today,” Barnett told “CBS News,” before adding that she hopes people don’t focus on the reality star or her reputation. “It’s unconscionable that she is serving a death sentence. We are grateful that Kim is using her platform to raise awareness and hope that everyone looks beyond Kim and sees that there is a woman about to die in prison.”

Kardashian West acted after becoming enraged reading a “Mic” interview about Johnson’s case, and “was not only moved to tears, but moved to action.”

“Our hope is that we get Miss Alice’s freedom — today is her 63rd birthday, her 21st birthday behind bars — so we are hoping that Trump realizes that there is no justifiable reason for Johnson to spend the rest of her life in prison,” Barnett added.

According to Twitter, here is everything wrong about Kardashian West heading to the White House to discuss anything outside of fashion: 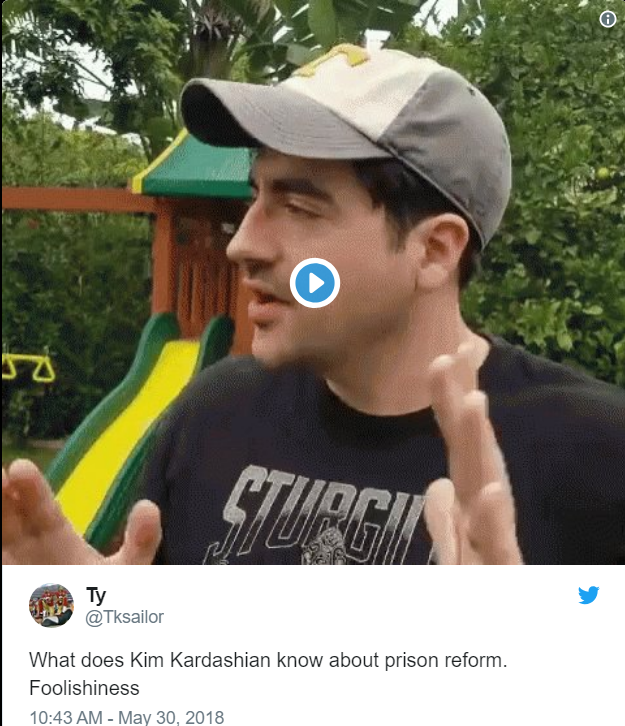 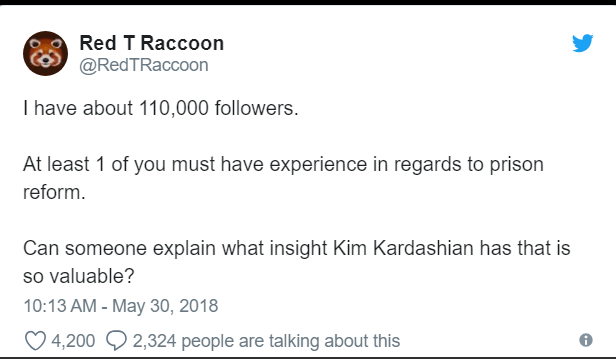 Kim Kardashian talking prison reform. Does that mean a new round of Kardashian branded jumpsuits for inmates? I think the White House has become the new Mecca for self promoters.

Kim Kardashian is the obvious choice to discuss prison reform with Trump.

How quickly we forget that Kendall Jenner solved police brutality with a Pepsi ad. pic.twitter.com/4fsE7dZUw8