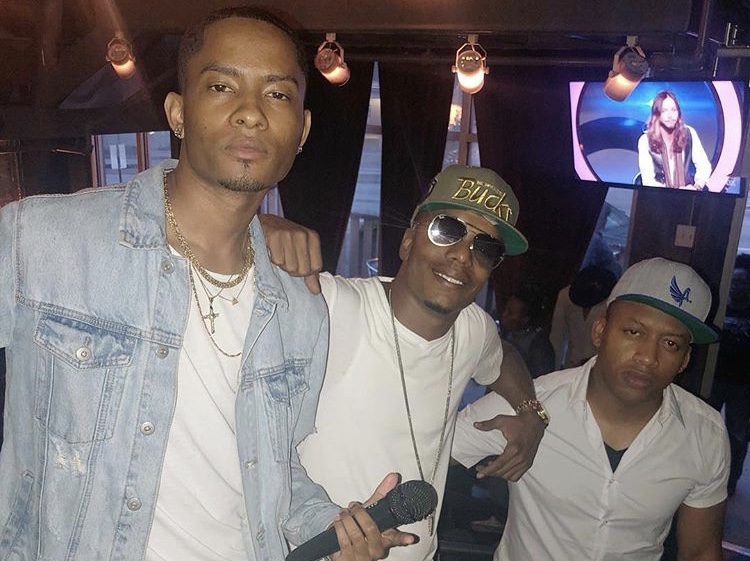 Season 2 of “The Four: Battle for Stardom,” Fox’s hit singing competition show, is trending on social media as it continues to turn a talent show into a battlefield.

Singer Fergie hosts the show every week, bringing new challengers to the stage to perform in front of a panel of industry experts — rapper, actor and music mogul Sean “Diddy” Combs, radio personality, producer and record label executive DJ Khaled and singer-songwriter Meghan Trainor. If the panel likes what they hear, they give the contestant an opportunity to battle and possibly unseat one of the reigning four finalists. The votes from the audience decide the winner of the battle.

Before the ultimate winner is chosen, season 2 continues to heat up and set the bar high for future artists to come.

In its short time on the air, ‘The Four” has gained a reputation of bringing unique talent to light. One of those talents is Felix Thompson, a recording artist who recently moved to Atlanta from Monroe, Georgia, to take his music career to the next level. He has opened for platinum recording artists, including CeeLo Green, Monica and Babyface.

On June 28, Thompson competed on “The Four” performing Tevin Campbell’s hit single “Can We Talk” in an attempt to earn his seat as one of the four finalists.

The panel and audience were blown away by Thompson’s voice and stage presence, so it was no surprise when he was chosen to battle against one of the existing finalists. “The Four” is unique in that contestants who make it past the panel of experts get to pick which of the finalists they want to challenge. When his turn came, Thompson chose to battle rocker Jesse Kramer.

Thompson did not win the singing battle against Jesse, but he gained many fans, and the hashtag “Bring Back Felix” quickly began to trend.

That same evening, rolling out, held a watch party and video release for Thompson at Trilogy Cigar Lounge in Atlanta hosted by radio host Lil Bankhead.

The singer was interviewed by DJ Romeo International at the exclusive event, which ended with a live performance by Thompson and the release of his newest music video, “Empty For You.”

“Being on ‘The Four’ was a great experience,” Thompson told Romeo International. The advice that I received from Meghan, Diddy and Khaled was helpful to further my career. I look forward to making hits with DJ Khaled soon.”

The race is not over for Thompson. After performing this Saturday, July 14, at the Overtown Music & Arts Festival, he continues to grind in hopes of returning and earning his seat as one of “The Four.”

It’s now up to fans to decide whether Thompson should have a chance to return to “The Four” and for a second chance to battle his way to stardom. The singer is encouraging fans to use the hashtag “Bring Back Felix” and vote for him by clicking on this link, www.thefourmusic.com/comeback-vote .