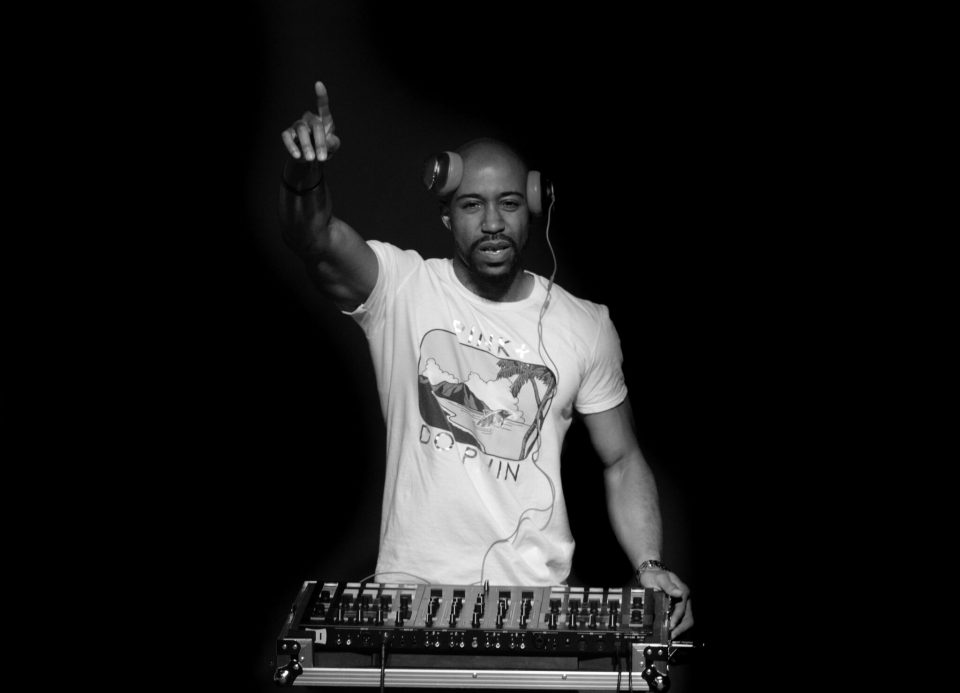 How did it all start for you?

I took a very unconventional path to becoming a DJ. I started as the organ player for the Atlanta Hawks. Eventually, the team started asking me to do things that I wasn’t equipped to do, but instead of telling them no, I told them yes and learned how to do it. This led to my morphing into something beyond just being an organ player. I have essentially become a DJ who also plays keyboard.

Who is your biggest inspiration? Who do you have a lot of respect for?

There are several DJs who I have a ton of respect for. I have probably learned the most from Big Tigger because I get to watch and listen to him every night, and I’ve asked him questions about the mindset I need to have to attain his level of success and longevity. I respect him a lot because he has never hesitated to share his knowledge with me. DJ Irie is another person I am inspired by because of his approach to his career. The way he markets himself is pure genius, and I consider him to be a mentor as well. I take cues from a lot of people, though. I love the way DJ Blak Boy controls a crowd. DJ Naturel taught me how to blend, and I love her selection process. Shout-out to DJ Technology and DJ Stormy. And I think DJ Ohso is amazing. Every time I hear her set, she plays at least five songs I never would have thought to play, and she seems to be an expert at playing the right song at just the right moment.

As far as inspirations go, I’m most inspired now by the DJs who are also producers and artists as well. I like Martin Garrix a lot. I absolutely love Yellow Claw. I also really like the way DJ Khaled makes records happen. His album Major Key was an eye-opener for me.

What single night out has been the most memorable for you? As a DJ? As an attendee?

Earlier this year, I did a set for a band that was playing at Center Stage. I was playing for an audience that had never heard of me before, and I really had them going. I was totally myself: I deejayed, played the keyboard and played the saxophone during my set. They loved me, and the radio station that was covering the event interviewed me after I was done. That was a huge moment for me.

As an attendee, there are two moments that stick out: one of them happened at a block party two or three years ago. I don’t know who was throwing it — Adidas, I think — but it was a Sunday afternoon [or] evening, and it happened on Edgewood in Atlanta. Seeing everybody just relax and have fun — for hours — was huge for me. I had a great time that day. The other moment happened when I saw Darude at Iris earlier this year. I had never really gone to a trance show before, but he was really dope.

What is one subgenre you think doesn’t get the attention it deserves?

You ready for this? R&B. R&B is absolutely being slept on right now. I feel like it has gone underground. The fact that it doesn’t dominate the radio the way it used to is a good thing in my opinion because now the music can focus on being creative rather than focusing on having hits. The artists can be free because they know that there is a huge fanbase that craves R&B music, and those fans will support you whether radio plays it or not. And the results have been outstanding. We now have Ella Mai, Daniel Caesar, H.E.R., and Sza having big success. Each artist has their own sound, and they are incredible.

For me, though, I’m also all about the not-so-mainstream artists, so artists like Nao and Kelela are awesome to me. Also, my favorite underground artist is FKA Twigs. Her brand of R&B is genre-bending. Her and Kelela incorporate electronic elements into their music, and they sound amazing to me.

What is it that you love about your subgenre’s scene?

One of the things I love is the influx of new talent that is happening in hip-hop right now. Lil Baby, YBN Nahmir, NBA Youngboy, BlocBoy JB, Lil’ Pump — all these guys are new voices who have their own way of doing things. I love what they bring to the table. As far as electronic music is concerned, I love the fact that you can cover so much sonic territory in this music. I am always excited by the new sounds that I hear on electronic records.

What is something that bugs you about the DJ scene?

People make a lot of noise about what type of equipment you’re using. I heard Jazzy Jeff say something along the lines of this: You’re not playing to the DJs, you’re playing to the people. The people don’t care what you use. I think as long as the DJ is not on stage playing a pre-mixed playlist, what they’re using shouldn’t matter as much.

There are certain intangibles when it comes to DJing that you must have. You have to be able to read a crowd, control a crowd, and play the right songs at the right moment. No matter what equipment you use, if you can’t do these things you will not be an effective DJ. However, if you can do these things, they could care less whether you’re using Technic 1200s or a small controller. I think people just want a DJ who ensures that they have a good time.

What is your opinion regarding the difference between old-school deejaying where everything was restricted to vinyl and modern deejaying where most tracks are never put on any physical medium before or after release?

There’s no question that old-school DJing was much harder. You had to carry crates and switch from record to record. I have so much respect for everyone who came from that. I think things are much easier now that everything is digital and all your “crates” can fit on your laptop.

What is one track that never gets old for you no matter how many times you hear it?