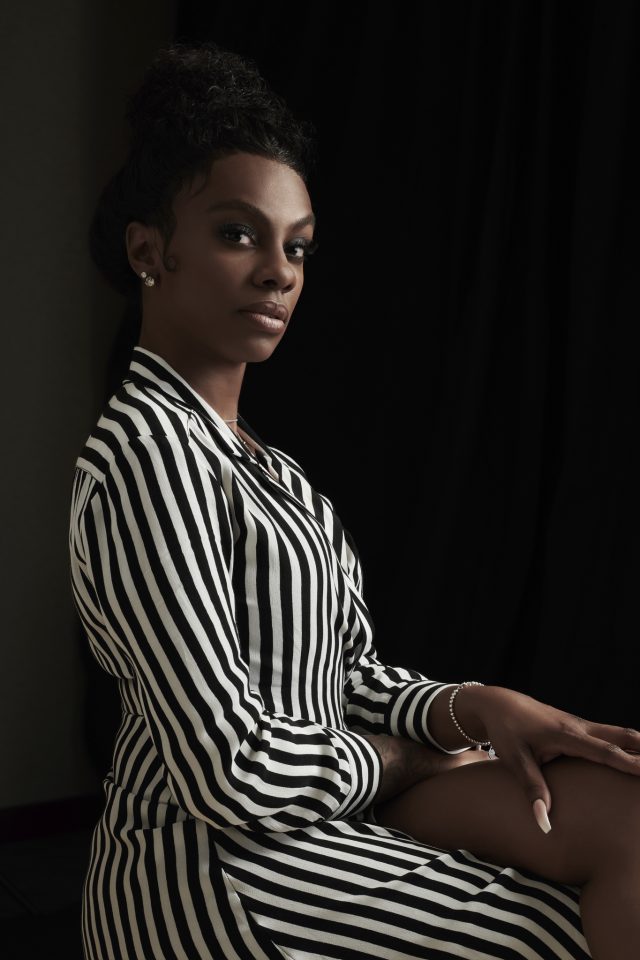 Jessica Robin Moore, aka Jess Hilarious, is blowing up as a comedic savant. The Baltimore native has amassed four million Instagram followers with keep-it-100 antics such as her “Jess with the Mess” vignettes. No celebrity or pop culture phenom is safe from her bold and raw humor that literally makes people holler out loud with laughter. Unafraid to bash even herself, she is building her brand with money moves that include her 50 Strands of Jess hair line, which debuted at the Bronner Bros. International Beauty Show in Atlanta last month, a three-season stint on MTV’s “Wild ‘N Out” and appearances on BET. On Sunday, Sept. 9, Moore is making her major network debut on Fox’s scripted series “REL.”

Based on the life of Lil Rel Howery (Get Out, “Insecure,”  BET’s “The Bobby Brown Story”), “REL” is a multi-camera comedy starring Howery as a loving husband and father living on the west side of Chicago. Life goes from funny to embarrassing when he finds out his wife is having an affair with his barber. Moore plays his brash, yet supportive best friend, Brittany. “REL” also stars comedic legend Sinbad as Rel’s father.

Fox’s early RELease of the pilot episode on Twitter yesterday was met with several positive tweets from viewers.

Although she is an actress and comedian, many know Jess Hilarious from a controversial nude photo shoot with her then 5-year-old son, Ashton. Social media erupted with polarizing views about the pics to which she clapped back with clever commentary. Moore believes in authenticity with no pretenses. “I put all my business on the internet, I don’t give a hell. Sometimes you need to see other people’s struggle to really get in check with yours,” she said.

How did you get so unfiltered and unapologetic? What are some trials you had to overcome to get to who you are now?

I really stopped giving a f— when I was a teenager, my rebellious years really made me like that. I always had like a nice foundation and structured family, nothing happened as a child where I had to grow up poor. I always grew up having the nicest clothes and all that and everything. My mother was very strict, she’s a very strict woman and my father was not.

So as a teenager when I started smelling myself and I started going crazy, my mother moved me out to Pennsylvania. I didn’t get to go to high school in Baltimore City because I was messing up, smoking weed. I went to a predominantly White high school where I was introduced to even more drugs, and I got even worse, and I just been not giving a f— from there.

Tell us about your character, Brittany.

Brittany, is Rel’s best friend on the show. She’s like his sister. Everybody always feels like you have a female and a male, they’re not allowed to be best friends, and it’s always got to be something intimate going on. There’s definitely not going to be intimacy between me and Rel, I’m his best friend slash sister. I act as a problem solver, I’m the cleaner-upper for Rel, whip him back into shape if he steps out of line. I’m basically the independent one, and I’m the headstrong one.

It’s loosely based on his life. He has a real best friend named Brittany and a real little brother named Matt, and he is close with his father. So the show is based on, his real life where he was right before he became a comedian. His wife did leave him. That’s real life right there, that’s real life to him.

Sinbad is funny as hell, he is a teacher on and off camera. He’s just a really good person to have, a really good mentor and a good guy. 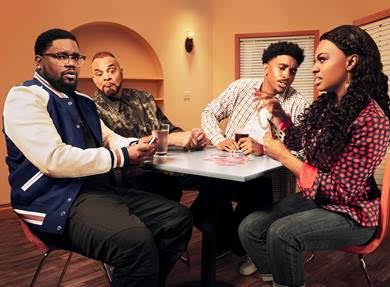 I started on Instagram back when videos were 15 seconds. It was a really good thing for me and then I just kept on going. And I just up and left my 9 to 5 one day and was like I’m going to start doing comedy. Before Nick Cannon hit me up (in my DM), I was doing stand-up. “Wild ‘N Out” was the perfect start for me. Nick Cannon was the first to put me on TV. He’s one of my favorite people in the industry.

Is there any topic you won’t touch?

No, not really. Of course when it comes to stuff like diseases, AIDS, cancer, stuff like that no, of course not, but other than that, I will talk about anybody, anywhere. My son, my mother, any celebrities, Beyoncé, Jay-Z, Oprah, Tyler Perry …

Have you ever received backlash from any of your jokes that, later on, you wish you hadn’t said?

Sometimes, honestly. I said something about Kevin Hart when that scandal came out and he got caught cheating. I made a video about [it] and I was in the middle of a deal with that n—- and he got in his feelings, and was like “No, we can’t do this deal with you.” I regretted it for a minute, but then I was like, maybe that wasn’t the best move anyway.

What’s next for Jess? Anybody else you want to work with, anything you want to do on your bucket list?

Yes, I got a bucket list. I want to do something with Tiffany Haddish. I would like to do something with Chris Tucker, that’s one of my favorite comedians ever, I don’t care if there’s just a conversation with that n—-, I just want to see him, meet him. Dave Chappelle, Chris Rock and Eddie Murphy, I would love to meet them. Pretty much next for me is movies and Jess with the Mess on TV, so hopefully, that prayer is answered by 2019. It’ll be “REL” and “Jess With The Mess,” coming on right after.