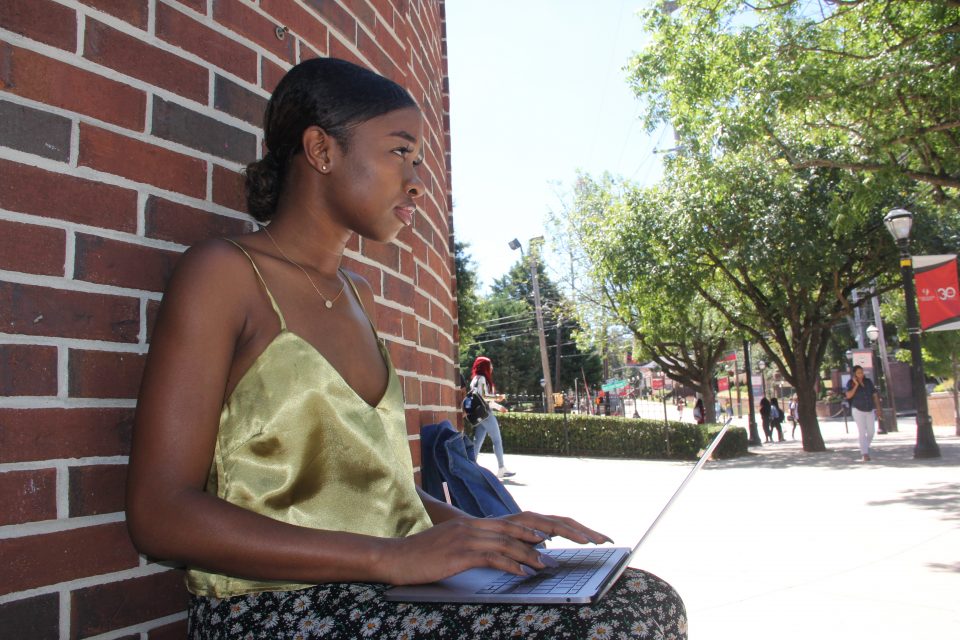 Chyna Cayson wanted to explore a different life outside of Millbrook, Alabama, a town of just over 15K citizens. A former star student at Stanhope Elmore High School, Cayson became one of only two students at her high school to attend college out of state.

In the fall of 2016, Cayson enrolled at Clark-Atlanta University, an Atlanta-based HBCU,  with the hopes of earning a degree and working in the field of public relations after college.

But while Cayson works to achieve the dream of becoming the first person in her family to graduate college, the reality of student loans remains a pressing issue.

“With being at an HBCU, it can be hard for us to pay [for] college,” Cayson said during an interview at CAU. “A lot of us do not have college funds or parents who can help pay for college out of pocket. I’m paying $38K [per year] to attend CAU. If I would’ve stayed home, I would be paying $18K. I do have scholarships, but I still have loans that need to be paid off.”

Cayson’s story is not an aberration when it comes to students at HBCUs who are facing financial problems.

“I actually had to take out my first student loan this semester because I lost my scholarship,” said Chris Robinson, an English major at Morehouse College. “I had to fill out loan paperwork, and I felt some type of way about that. But, I feel that Morehouse is a prestigious college, and it was something I was willing to do to stay here. It was nothing that I was uncomfortable with. It was more so an investment. I plan to use my degree.”

Reginae Stevenson of CAU believes that students tend to pay more because HBCUs often lack the resources of PWIs.

“We shouldn’t have to be taking out as many loans,” Stevenson said. “A lot of these students, when they graduate, are going to be in debt. I don’t want to say it’s kind of CAU’s fault, but it would be different if we had the resources other schools had.”

According to a report in the Journal of Financial Economics, HBCU students tend to pay more money than students at PWIs.

The study reveals that the primary reason for the large increase stems from the fact that HBCUs pay higher underwriting fees for tax exempt bonds.

“This appears to reflect higher costs of finding willing buyers: the effect is three times larger in the far Deep South, where racial animus remains the most severe,” the study says. “Credit quality plays little role. For example, identical differences are observed between HBCU and non-HBCUs: 1) with AAA ratings, and/or 2) insured by the same company, even before the 2008 Financial Crisis. HBCU-issued bonds are also more expensive to trade in secondary markets, and when they do, sit in dealer inventory longer.”

This issue hurts all students and faculty members. Chris Daniels, Mass Media and Arts instructor at CAU, has found that some students often have to take out larger loans as a way to survive while pursuing an education.

“Some students have had issues with their housing not being situated properly,” Daniels expressed. “There are some situations where students are overcharged. And there often is not financial literacy provided before students take out loans. There should be more education provided for every student who must take out a loan.”

Cayson hopes the next generation will have a better opportunity to attend school without paying higher rates. She wants to be an example for her town and her younger siblings.

“Me going to school shows my younger siblings that they can aim for high education,” she said. “I have to push myself to succeed.”