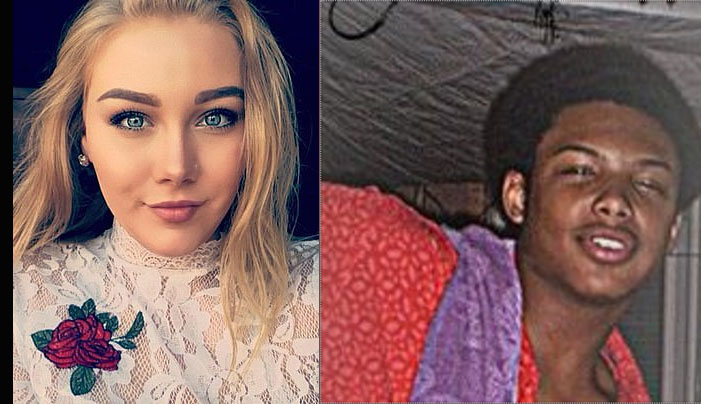 A family’s hunt for their missing child just took a dramatic and disturbing turn after an arrest of an aspiring rapper from the Bronx. Back in September 2017, Corinna Slusser, 19, traveled to New York City from her hometown of Bloomsburg, Pennsylvania.

In the months prior her to move, NBC news reported that Slusser had gotten into trouble and was leading what some would call a risky lifestyle. Just one course away from graduating high school, she left home carrying a backpack, cell phone, and identification. When she arrived, she stayed at a seedy hotel in the Bronx section of the city.

During that time period, the FBI states that she met Ishi Woney, 23, an aspiring rapper with a few uploads on Sound Cloud. According to police, he was also a brutal pimp. She reportedly remained in regular contact with Woney and over time changed from a troubled teen to an alleged victim of sex trafficking.

According to the FBI, Slusser was staying at a hotel that was known for prostitution and Woney took advantage of the vulnerable teen and sexually exploited her. The indictment revealed that Woney was advertising a “two girl special nunu enterprises” that included a picture of Slusser and another woman. The ad further told customers “Always ready for fun! Please Be RESPECTFUL & Discreet the TOTAL package SKILLS That will make you melt.”

The other woman that was with Woney became jealous of his relationship with Slusser and things became tense and there was an argument. He would later take Slusser to another hotel and pass her off to another man who would pay for her room. Soon afterward, Slusser was reported missing by her family after she had not contacted them for months. The FBI discovered that in a 10-day period, Slusser and Woney had exchanged over 800 text messages. He was eventually tracked down to East Orange, New Jersey and was busted in a prostitution sting. A woman arrested with Woney stated that he had beaten her and was being forced into sex with men.

Woney has now been charged with sex trafficking and other offenses involving the sexual exploitation of young women. FBI Assistant Director-in-Charge, William F. Sweeney Jr. said in a statement:

“As alleged, Woney compelled his victim to engage in prostitution through force and coercion, and he used both this victim and Corinna Slusser, who has been missing since September 2017, in online advertisements promoting prostitution.  Human trafficking is a top priority for the FBI, and, as today’s charges demonstrate, we will continue to aggressively pursue justice for the victims of these heinous crimes. Ms. Slusser was last seen in Queens, New York, and we ask anyone with information concerning her whereabouts to contact us as 1-800-CALL-FBI or online at tips.fbi.gov.”

Woney was charged in a three-count indictment that leaves little room for bargaining. The FBI released the table below that shows the sentence possibilities if Woney is found guilty.