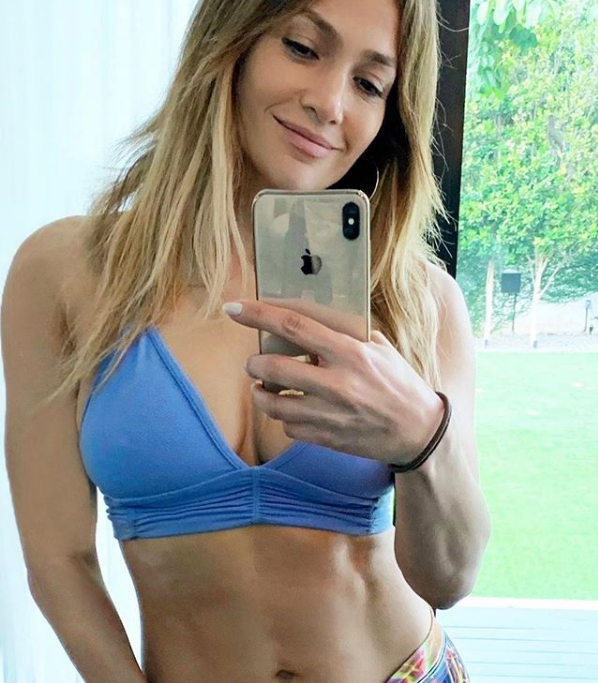 So this is how far the mighty Motown has fallen.

Most music fans remember that Motown, one of the most successful and prolific record labels of all time, once celebrated its 25th anniversary (in 1983) with the return of its legendary artists at the Pasadena Civic Auditorium in L.A. The show was one of epic standards for now iconic performances, including Michael Jackson’s unforgettable Moonwalk. Likewise, the 50th celebration (in 2008) was held at the prestigious MGM Grand in Detroit and was punctuated by powerful medleys performed by all-time greats Stevie Wonder, Smokey Robinson and others. Meanwhile, its sole architect, Berry Gordy, looked on like a proud papa.

Today, in honor of Motown’s momentous 60th anniversary, the Grammys will feature the likes of … wait for it … Jennifer Lopez.

Some people lost it. When this writer asked music fans of different races about J-Lo doing Motown medleys at an Atlanta coffee shop, every one of their faces folded up as if my question had a horrible odor to it. Their first audible reactions can be summarized by the Twitter response below:

Black History Month has already gotten off to a horrid start, according to many urbanites, who point to the likes of Liam Neeson dominating the headlines with his race rage on what would have been Trayvon Martin’s 24th birthday (Feb. 4).

JLo doing a Motown Tribute is peak of a messed up Black History Month.

Lopez is never a name that comes to mind when you utter the word “Motown,” mainly because you actually have to be able to sing. This is a venerated record label that housed the legendary Black vocalists like The Supremes, The Temptations, Marvin Gaye, Smokey Robinson, The Four Tops, the Jackson Five, Stevie Wonder, DeBarge, Rick James, and the list goes on and on.

Black Twitter exploded upon hearing the news. They can’t fathom why the Grammys didn’t select an artist who was directly connected to the all-time great label, especially since many are still alive, including Diana Ross, Robinson and Wonder?

Social media attacked the Recording Academy, the governing body that produces the most important awards in music, for its decision to feature J-Lo on its televised show.

The problem here is: this event will take place after the Grammy Awards and will not be televised right away.

Folks have a big problem with a woman like J-Lo who is Latina and not known for her voice – she is a great performer and can act, however – to be doing a Motown tribute. And they went off. Check out a sampling of their displeasure below.

At this point, all these award shows are jokes. They are purposely trying to cause trouble. The Grammys know that we are going to tune in just to see wth Jennifer Lopez attempts to sing during the #Motown tribute.

#Motown has too much of a legacy and an impact for this to be ok. There is no excuse. This is disappointing. https://t.co/kd3aR42aHc

Patti La Belle is literally still alive but they’re having Fake Selena do a #Motown tribute?

Me getting ready for the #JLo #Motown tribute pic.twitter.com/tQx6FMsSQz

Don’t forget it’s not Latinos in charge of the Grammys, it’s white people. Hello?!? Be mad at them. Now if JLO accepts it than you can mad at her. #Motown #Grammys2019 pic.twitter.com/tXZCOTfyqD

#Jlo singing a #motown tribute is probably the result of no black propel being in the room.

Wow, so with as many #Motown stars we could or want to hear they have Lopez sing is appalling

I didn’t know Selena was signed to #Motown cause why else would they need her in a tribute.

I’d rather have Ariana grande perform a #Motown tribute than Jennifer Lopez, Ariana can singggggg. pic.twitter.com/Wq3h5Fk8ig

I mean I love J-Lo but they couldn’t find not one black person for the Motown tribute? Especially during #BlackHistoryMonth ? Here’s a list:
1. Stevie Wonder
2. Gladys Night
3. Isley Brothers
4. Diana Ross
5. India.Arie
Just to name a few. #JLo #Grammys2019 #Motown

Who the hell authorized J Lo to perform a #Motown Tribute @ the 2019 Grammys? This woman is not a Soul singer! Her voice does not match those of the Motown legacy. They could’ve booked Normani, Brandy, Jennifer Hudson, Tamia, Latocha Scott, Kelly Rowland, Deborah Cox, Tamar, etc. pic.twitter.com/UkKQnlN9st