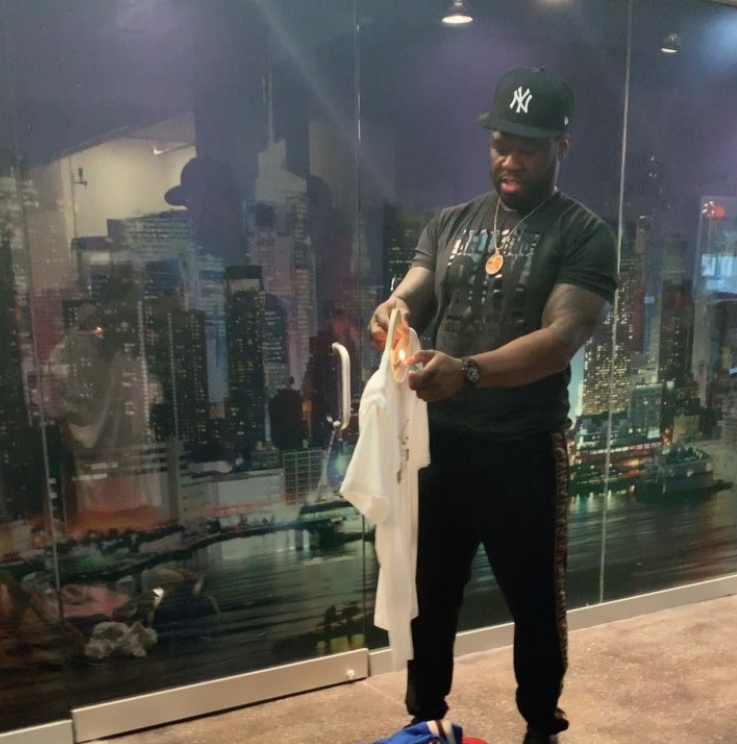 Add another big name — and a very loud one at that — to the growing list of celebrities who are joining the boycott of Gucci clothes.

Rap provocateur 50 Cent, who is famously petty, joined the likes of rapper T.I. and movie director Spike Lee in banishing the famous Italian fashion company from their wardrobe for the foreseeable future — and he slammed Floyd Mayweather in the process.

As rolling out has reported previously, Gucci came under intense fire and scrutiny for crafting a $900 sweater that resembled blackface, replete with large, bright red lips.

Curtis Jackson took his lighter to a Gucci T-shirt in an Instagram video to show that he is taking a stand against being denigrated while spending big money with the fashion house.

While certain Black celebrities like Kodak Black and Floyd Mayweather have defiantly proclaimed their allegiance to Prada — with Mayweather going into its store in Beverly Hills to purchase several bags worth of items in what appeared to be a play for attention — others have announced that, this time, an apology is woefully insufficient to reconcile relations with the Black consumer base.

Check out the ceremonial torching of Gucci merchandise below:

I gotta get rid of all the Gucci I have at home. I’m not supporting their brand anymore. #bransoncognac #lecheminduroi #bellator

Gucci tried futilely to go the janitor route by mopping up this mess with a pedestrian mea culpa shortly after the controversy broke last week:

“Gucci deeply apologizes for the offense caused by the wool balaclava jumper. We can confirm that the item has been immediately removed from our online store and all physical stores.

“We consider diversity to be a fundamental value to be fully upheld, respected, and at the forefront of every decision we make. We are fully committed to increasing diversity throughout our organization and turning this incident into a powerful learning moment for the Gucci team and beyond.”

50 posted a photo of Mayweather’s face with a hand-drawn black sweater and red lips, and captioned it, “get the f— outta here Champ!”