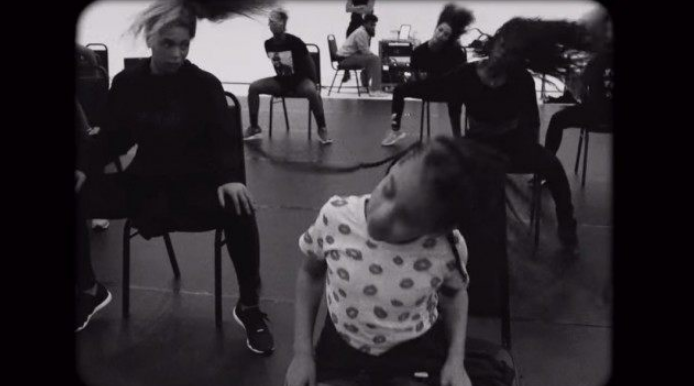 It is becoming obvious to most people that Beyoncé and Jay-Z’s daughter Blue Ivy is more than just a flash in the pan, pop phenom. She is becoming a cultural treasure.

The 7-year-old gem once again blew fans away with ease when she sang portions of “Lift Every Voice and Sing” on Beyoncé’s Homecoming: The Live Album, which accompanies the Netflix film Homecoming that debuted Wednesday, April 17, 2019.

On the live album, Queen Bey, 37, sang the classic hymn — also known as the Black national anthem — during her Coachella rehearsal and then let Blue Ivy do her own version.

Take a listen as a shy Blue Ivy unfurls her pipes on an unprepared audience:

You can also listen and watch Blue Ivy here:

According to Time magazine, Beyonce tells her daughter after she sings: “Beautiful job. You sound so pretty!”

Blue Ivy then says excitedly, “I want to do it again… It feels good!”

“You want to do it again? You’re like mommy, huh?” Bey replies as she beams from ear to ear with pride.

Preparations for Beyoncé’s blockbuster Coachella performance was an all-consuming undertaking that made the singer yearn for the presence of her three children — Blue and her 1-year-old twins, Rumi and Sir.

“I’m just trying to figure out how to balance being the mother of a 6-year-old and twins that need me and giving myself creativity,” Beyonce says in the Netflix film trailer. “Physically, it was a lot to juggle. It’s like before when I could rehearse 15 hours straight. I have children, I have a husband, I have to take care of my body.

“My mind wanted to be with my children,” she adds. “What people don’t see is the sacrifice.”

Though she spent very limited time with Blue Ivy during that historic weekend, Beyoncé was able to steal some treasured mommy time with Blue at Coachella, including when the child helped with the rehearsals and later sang.

Fans’ reactions to Blue Ivy can probably be summarized by this Snoop Dogg meme and likely helped inspire the creation of the “Ivy League.”

Blue Ivy singing, accepting her applause, wanting to do it again, then beaming and saying "it feels good!" pic.twitter.com/WsE329KBFv

Check out more responses to Blue Ivy below:

Beyoncé: Blue can you teach me a new dance mo-
Blue Ivy: pic.twitter.com/ocrO9tfYM9

😭 listening to Blue Ivy signing on #BeyoncéHomecoming album she is clearly a young star in the making! pic.twitter.com/48yJaX1aWQ

Having blue sing and saying she wants to do it again the world ain't ready for miss blue ivy #BeyoncéHomecoming pic.twitter.com/czUcxKv6kc

It should come as no surprise that Blue Ivy Carter has got some serious pipes. #HOMECOMING https://t.co/8YvUspUJDb