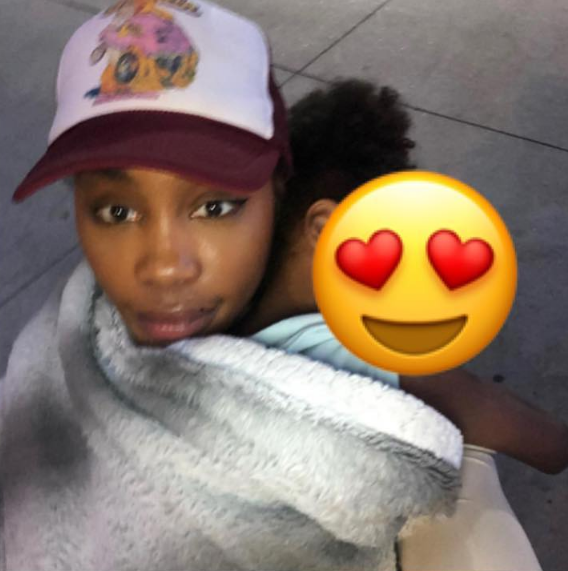 Sultry songstress SZA had to teach a fan not to come for her unless she sends for them.

SZA, who was born Solána Imani Rowe in St. Louis, had time today for a rude fan on Instagram when the user asked her if she was homeless under a picture of her holding a child with the caption, “Babies heal.”

The picture was reposted by outlet The Shaderoom, with the user’s comment after SZA posted the photo on her personal page moments before. When the fan asked if she was “homeless,” SZA came back with this fire:

SZA’s doesn’t entertain idiocy well and her “clapback” game is known to be one of the deadliest in the music game alongside fellow singer Rihanna. She shared a shot of a conversation where she told an associate to keep it pushing if they were going to question her behavior.

When a fan asked SZA why she “posts weird s—,” SZA simply retorted, “lmao I was born this way?” She then posted the exchange on her Instagram page, remarking: “Dis why n—-s can’t be on my finsta lol UR NOT READY KING.”

SZA, 28, is normally too busy to immerse herself in frivolity. The CTRL singer has been busy working on music for the blockbuster cable series “Game of Thrones.” She is also finishing up the follow-up to her breakout album, 2017’s Ctrl, which helped SZA score the most nominations of any female at the 2018 Grammy awards.

The singer also made available to fans the Queen Cersei-repping collab with Travis Scott and The Weeknd called “Power Is Power.” There is no word yet on when SZA’s highly anticipated album will drop. In the interim, SZA is planning a tour of Australia and New Zealand in July.