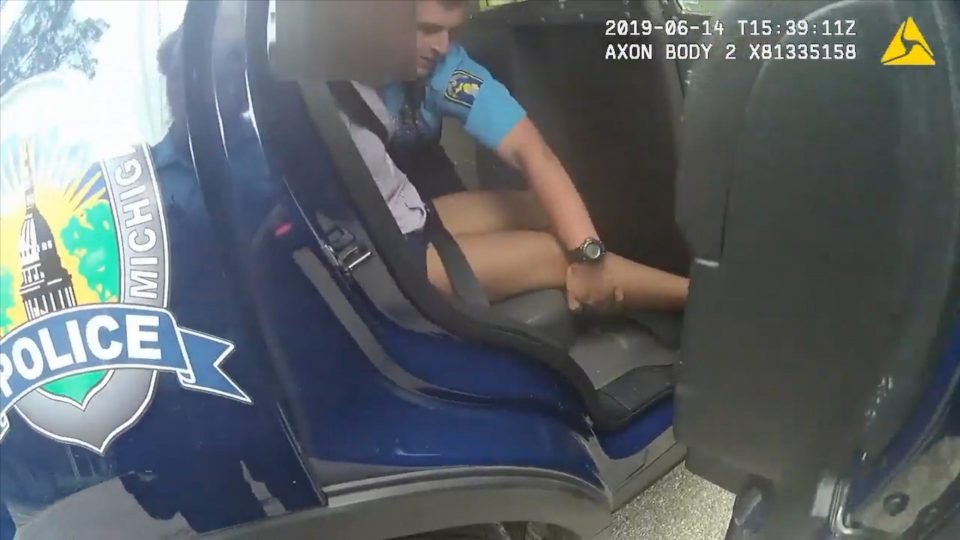 Lansing Police Department have released body camera footage of a White cop repeatedly hitting a 16-year-old Black girl. The incident occurred on June 14, 2019, after police were called to pick up two teens who escaped from an in-county youth center in Lansing, Michigan, according to ABC News.

The teens — a 16-year-old girl and 15-year-old boy — were being held at the center for violating probation, and both had police warrants.

Officers spotted the two teens in a residential area, and both began running. Officer Bailey Ueberroth chased and captured the girl. Once handcuffed, the girl was able to slip out of the restraints before Ueberroth grabbed her again. The teenage girl was handcuffed again and placed in the back of the squad car.

A female officer, Lindsey Howley, struck the girl several times before closing the car door. Video of the incident was posted on Facebook and eventually went viral as some complained the police used excessive force.

On Monday, June 17, Lansing Police Chief Mike Yankowski held a press conference to address the incident. “One of our officers used a training technique, what we call a strike to the thigh … I want to also state that it is the policy of the Lansing Police Department that officers will only use force when it’s objectively reasonable.”

Both officers have been put on leave while an investigation is underway.