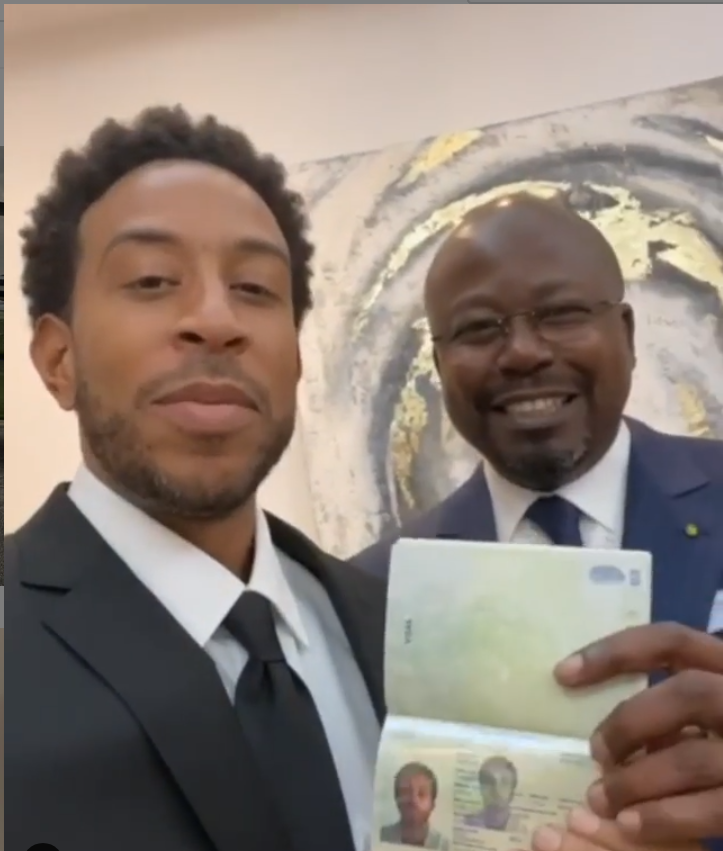 Ludacris is now a citizen of Gabon in Africa. (Image source: Instagram – @ludacris)

Ludacris is now in a whole new area code. The rapid-tongue rapper has become an official citizen of his wife’s West African homeland.

Luda, 42, who was born Christopher Bridges in Illinois before settling in Atlanta, actually started the new year in Gabon, the native country of his wife, Eudoxie Bridges.

Now that he sports dual citizenship, a jubilent Luda explained how much this moment means to him on his IG page:

“Ladies and gentlemen, I just became an official citizen of Gabon. Of Africa! I am a loyal citizen of Zamunda! I mean, Gabon. This is the greatest day of my life! And Wakanda … All of that.”

Starting My New Year off with Dual Citizenship! 🇬🇦 AFRICA IM OFFICIAL!! Momma & Kids Too. The Best Gift of the Decade 🥇Award goes to @eudoxie ✊🏽 #thebridges

Multiple celebrities gave Luda his props, including Lala Anthony, Jermaine Dupree, Roland Martin and others. Fellow Fast & Furious franchise star Tyrese Gibson was the most vocal in showering praise on Ludacris and his wife.

After the festivities, Luda went back on IG and told his fans how he plans to move about these days.

“Now that I’m an official Citizen of Gabon I travel the country a little different I told them let’s get to work right away,” he wrote in another IG post.

Luda also posted an IG video of himself dancing to native African beats below. Check it out: