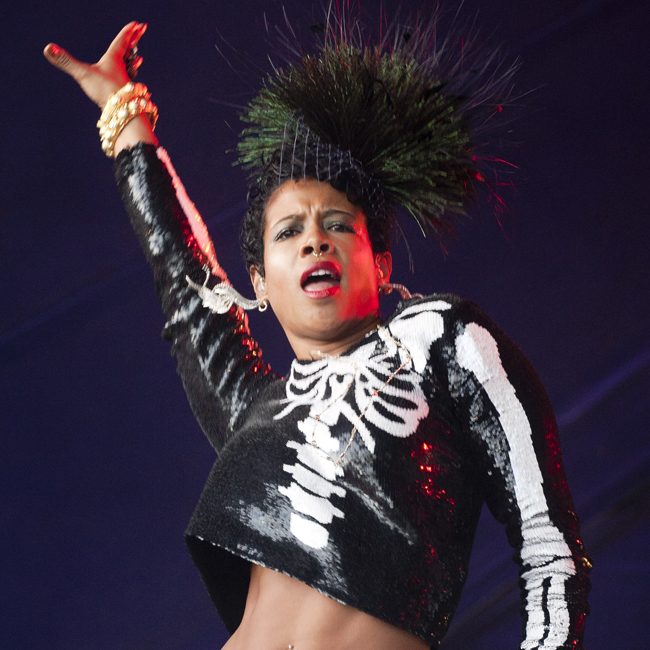 Kelis claims she was “blatantly lied to and tricked” by Pharrell Williams.

The “Milkshake” singer has claimed she was lied to about what contract she was signing with The Neptunes — made up of close friend Pharrell and pal Chad Hugo — when she was first starting out and while she initially thought it was a “beautiful and pure safe space,” she soon realized that the deal hadn’t been what she expected.

She said: “I thought it was a beautiful and pure, creative safe space. I was told we were going to split the whole thing 33/33/33, which we didn’t do. I was blatantly lied to and tricked [including by] the Neptunes and their management and their lawyers and all that stuff. Their argument is, ‘Well, you signed it.’ I’m like, ‘Yeah, I signed what I was told, and I was too young and too stupid to double-check it.’ ”

Kelis remains calm about what happened, which she claims left her with no profits from the sale of the music in her first two albums, because of her faith.

She added: “To be honest with you, I think if it were not for my faith, I feel like that would probably be the case. It’s very clear to me, especially being on a farm, that whatever you put in the ground, that is what’s going to come back to you.”

And the 40-year-old musician saw Pharrell a few years ago.

She explained of their meeting: “And he did that thing to me that he’s notorious for, which is making a nod from the stage [to someone in the audience], so it seems like there’s mutual respect, when in reality … I’m like, OK, I’m not going to yell back, ‘You stole all my publishing!’ So you end up nodding back and everyone thinks everything’s great. Like, whatever.”

However, Kelis has ruled out working with him again in the future.

Asked if she would work with him again, she told The Guardian newspaper: “Ummm, at that point there’s having faith and there is also just stupidity.”