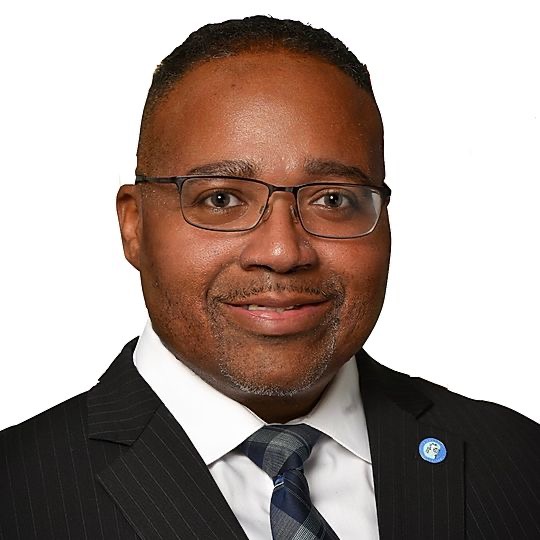 Dennis Deer has served on the Cook County Board of Commissioners representing the 2nd District since July 13, 2017. In his capacity as a Cook County commissioner, Deer proudly represents one of the most diverse districts in the county.

As one of the vice chairs of the county’s Complete Count Census Commission, he is working closely with the U.S. Census Bureau, the State of Illinois and the City of Chicago to ensure that every person is counted during the 2020 Census.

Deer recently shared why it’s imperative for everyone to participate.

Why is it important for communities to participate in the U.S. Census count?

As one of the vice chairs of the Complete Count Census Commission of Cook County, we are specifically focused on those hard-to-count (HTC) populations. There are over 5.3 million residents in Cook County, and based on the 2010 Census 25 percent of the residents were not counted. Every single person counted in the county equates to $1,400 in funding from the federal government. Conversely, those who aren’t counted mean $1,400 in lost revenue to the county. Taken over 10 years, that is $14,000 per person in lost revenue.

What are the repercussions of not getting an accurate number for people in hard-to-count areas?

HTC communities are the ones most impacted when we do not properly count residents. Those funds are used for social services, building schools, roads, supplying emergency services or investing in health and human services. When we think about spurring economic development, not properly counting residents has a detrimental impact on neighborhoods that are not properly counted. The county’s ability to provide services to our residents is tied to finances. When I speak to community members, this is my mantra. If a person isn’t counted, they are invisible as far as the federal government is concerned. Being invisible means no resources will be dispatched to those areas, so it is imperative to ensure that every single person is counted.

During the 2010 Census, one of the hardest-to-count populations were children under 5 years old. There were instances where the adults in the home were counted but the kids were not. The result was that those children were invisible as it relates to federal funding for the last 10 years and that adversely impacts our young people. Think [about] funding for day care, education and other vital services. We also know that the Census count is attached to our congressional representation. The risk is that Illinois will lose a representative in Congress, not because the population is not there but rather because the population went uncounted. And, as we all know, taxation without representation won’t work. Completing the Census ensures we have the proper representation at the federal level.

How can each person help to make sure the goals are reached?

We need people to spread the word about the Census and its importance. For the first time in its history, you can complete the Census online, and we want to spread that word as well. Also, the county has partnered with local governments, community-based organizations (CBO) and social service organizations to get the word out about the Census. Census forms start arriving in the mail around March 21, and Census Day is April 1. First, make sure you are counted by completing your Census and then challenge others to complete theirs as well. I’m challenging people to reach out to 10 individuals and make sure that they are counted, and then challenge those 10 to reach 10 others. If we challenge each other, every single person in the county and in the country will be counted.