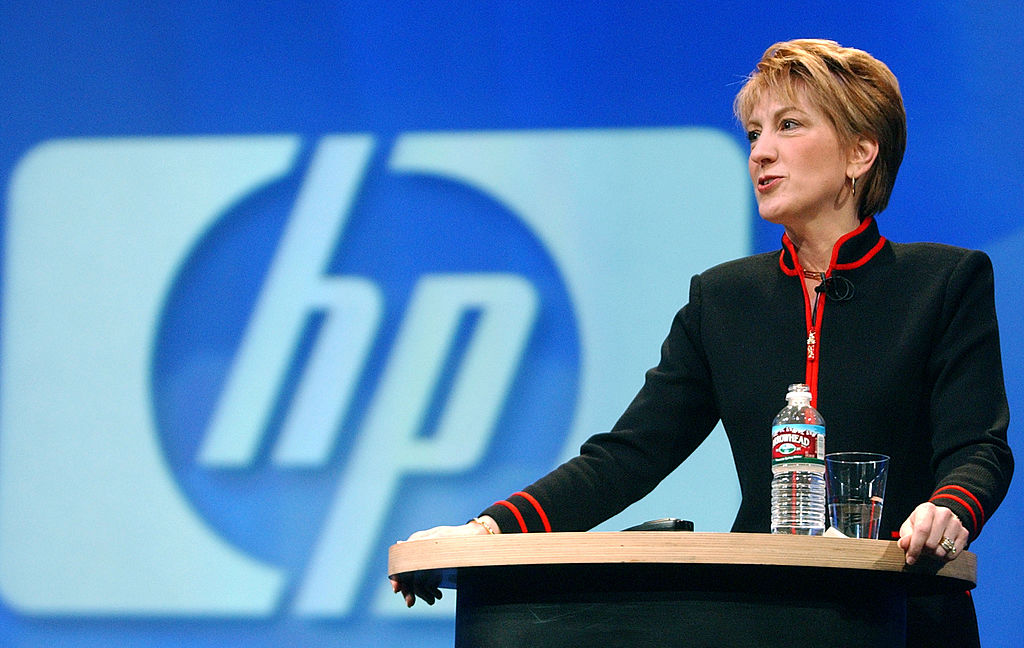 When Carly Fiorina became the first female chief executive officer of a Fortune-20 company in 1999, many viewed the Hewlett-Packard CEO’s rise through the ranks as a positive sign that female executives would continue breaking glass ceilings and occupy top seats in corporations.

While progress has been made, it hasn’t come fast enough for some.  As a crowd gathered at the National Press Club to celebrate the findings of a new study on women CEOs and where they stand in the C-suite, the numbers showed incremental growth but were surprisingly low.

The comprehensive report “Women CEOs in America 2021,” presented by the Women Business Collaborative, showed that 8.2 percent of Fortune 500 CEOs are women compared to 6.6 percent two years ago. In a world where new studies show men are being left behind in educational systems, men are still currently leagues ahead in the boardroom. Women make up more than 50 percent of the college-educated workforce, yet they only make up a fraction of CEOs. Why aren’t there more women CEOs? Observers say it’s not a simple answer and it depends on who you ask.

The founder of the organization behind the report, Edie Fraser, believes companies need to build up women’s experiences, especially in the boardroom, to increase the number of women in the pipeline for the role of CEO.

Fraser specifically calls on male CEOs. “We all focus on male CEOs standing up to take action and be advocates,” she said, referring to women in the workforce. Fraser said they want to highlight male CEOs and measure if they are really “taking action to move the needle aggressively” toward more women CEOs.

Companies are already beginning to achieve this by having women lead more nominating committees and placing them in positions where they can advocate for women to be CEO. There has been an increase in the number of women who sit as board chairs and as chairs of audit committees as a result.

The organization believes each of these points are the catalysts of change that will propel more women into CEO positions.

Despite the progress, Hariton said the pace of change is still too slow. “We need to make progress happen at a much quicker pace. [WBC] have set a goal for the Fortune 500 to be at 15 percent [women] by 2025 and right now we are only on track for 10 percent — that’s not good enough,” says Hariton.

Along with talk of how to build the pipeline of women CEOs, the summit was filled with the celebration of women leaders and excitement for the future.

They recognized the six more women who joined the ranks of Fortune 500 CEOs: Karen Lynch of CVS Health, Jane Fraser of Citigroup, Patricia Poppe of PG&E, Lauren Hobard of Dicks Sporting Goods, Rosalind (Roz) Brewer of Walgreens Boots Alliance, and Thasunda Brown Duckett of TIAA. They expressed excitement for the future of women in executive roles.

Many pointed to COVID as a catalyst for change. Jenny Johnson, CEO of Franklin Resources, believes the flexibility of working from home gives women the opportunity to do work on a more “fragmented” schedule. This allows them to balance the additional responsibilities that she says many women face at home.

Johnson said working from home is “not going away,” hinting that this is a shift in the opportunity for women to have the flexibility to take on more responsibility at work, including in roles that lead to the CEO.

Because of the pandemic, working remotely has “evened” the playing field, she said. “If there has been an advantage to men congregating together on the executive floor and talking about those topics, we sort of all got spread out and had to build those connections in a different way.”

There seems to be no lack of effort by American companies to promote diversity in the workforce. In fact, all Fortune 500 companies have diversity programs centered around women to give them additional visibility opportunities that their male counterparts don’t receive. Microsoft hosts women-only networking events for senior-level professional women and Biogen uses its “Women’s Innovation Network” to create networking, mentoring, and learning opportunities for women to “further drive increased representation of women in senior leadership positions.”

Some ask if there are other reasons beyond the lack of pipeline that are leading to fewer women in CEO positions.

In a study done by the Harvard Business School, men and women believe they are equally able to advance professionally and attain high-level leadership positions, but men want power more than women do. Women were also more likely to believe that power has more negative outcomes, like conflict and trade-offs, than men.

The study, conducted by three women, shows men and women view the consequences of professional advancement and positions of power differently and therefore shape their career progression around those assumptions.

Unsurprisingly, women were more likely to have more life goals compared to men but had significantly fewer goals that were related to power.

Despite this, the Women Business Collaborative argues that companies should strive to have more women CEOs because diversity in leadership is critical to the success of companies.

Margery Kraus, CEO of Apco Worldwide, agrees. “Now there is a lot of proof in a lot of studies that having diversity and having women in leadership is important. I think what the pandemic has proven is that empathetic leadership — which is normally associated with women [and] being empathetic seen as a weakness — [is] such a strength and that is helping people understand the value of women in leadership positions.”

It is evident that executive teams with 30 percent women are more likely to outperform those with fewer or no women. What is not clear is that it is due to more feminine traits, like empathy.

It could even be due to the fact that empathy isn’t a trait that companies value. A study titled, “Does Empathy Pay? Evidence on Empathy and Salaries of Recent College Graduates,” suggests that people who are more empathetic don’t get the job because “they are considered to be too accommodating,” which is not necessarily a trait companies are looking for in their next CEO. They tend to be more focused on traits including vision, organization and risk-taking abilities.

It is noteworthy that empathy can lead to more retention, engagement and innovation, which can lead to a more productive workforce, according to a survey of 889 employees across industries. The survey was conducted by Catalyst, one of the partner organizations for the Women Business Collaborative that compiled the Women CEOs in America Report.

While Carly Fiorina and other women have led the way in modern corporate leadership, the Women Business Collaborative and other similar groups will keep pushing on those glass ceilings.