Music maven Madonna finally got ahold of 50 Cent and offered her two cents on his Instagram post where he mocked her for showing off her derriere.

“Yo this is the funniest s–t LOL,” He said to his 27 million IG followers. “That’s Madonna under the bed trying to do like a virgin at 63. She shot out, if she don’t get her old a– up.” 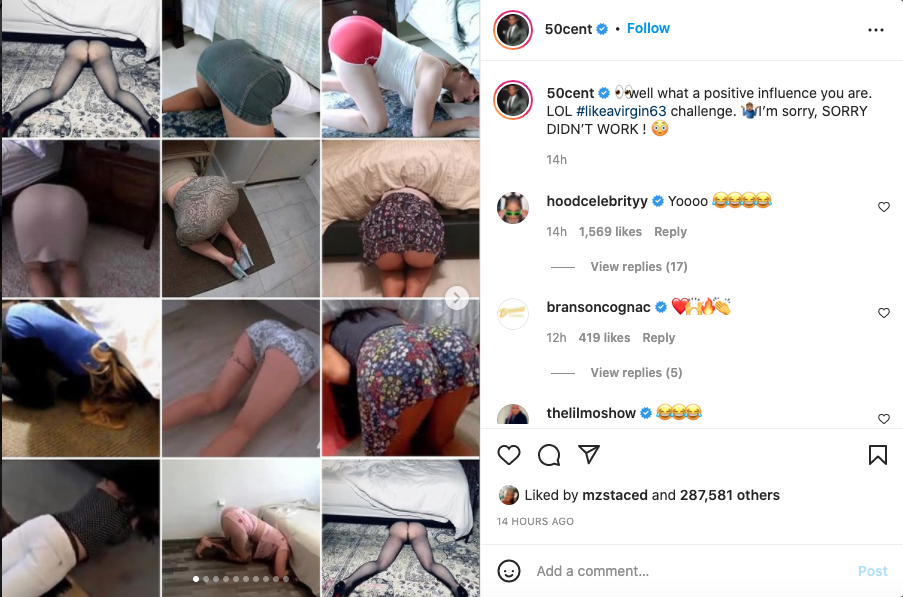 After being called out by Madonna, the “Power” producer tried to walk back his comments.

“I must have hurt Madonna feelings, she went and dug up a [sic] old MTV photo from 03,” Fifty said. “Ok I’m sorry I did not intend to hurt your feelings. I don’t benefit from this in any way. I said what I thought when I saw the picture because of where I had seen it before. I hope you accept my apology.”

Madonna, 63, took a few days to clap back at him. But she gave the “I Get Money” artist born Curtis Jackson, 46, a good verbal beatdown by saying he offered a “bull-s–t” apology after she called him out for the insulting comments. 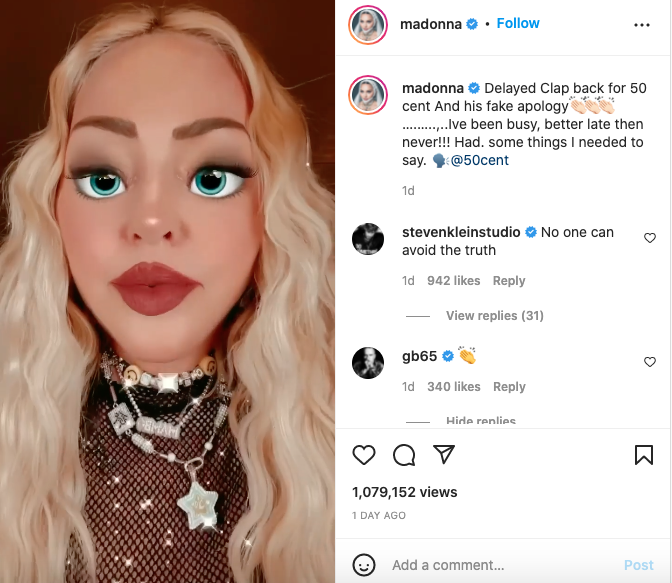 “You were trying to shame me,” Madonna said on Saturday, Dec. 11, 2021. She used the app’s Pixar filter to make herself look like a character from a Disney movie.

“Your apology is fake, it’s bulls— and it’s not valid,” she continued. “It’s not hard to find footage of me and you hanging out,” she says before cutting to a clip showing 50 bragging about his relationship with the 80’s icon. 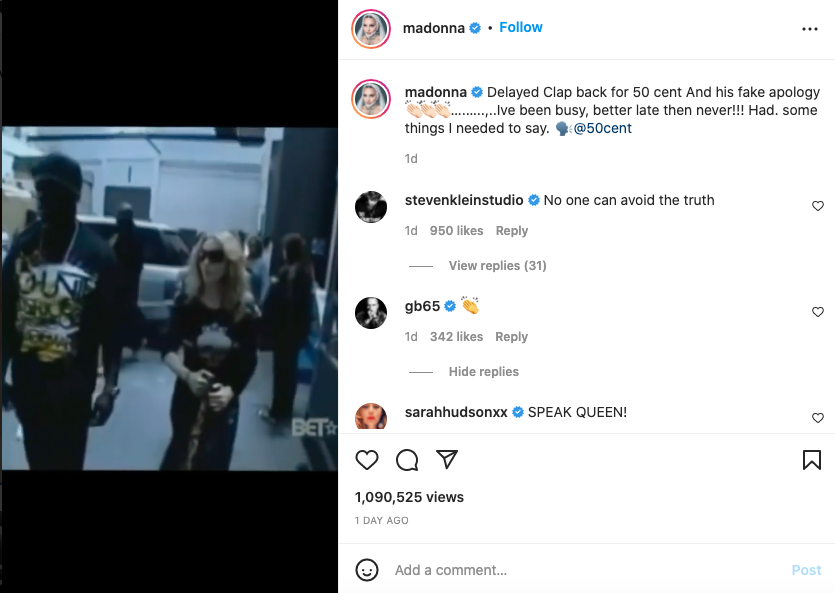 “Number two, an apology is not valid if you don’t know what you’re apologizing for,” Madonna continued. “What you should be apologizing for is your misogynistic, sexist, ageist behavior and remarks.

Flip the page to view Madonna’s video thrashing of 50 Cent.