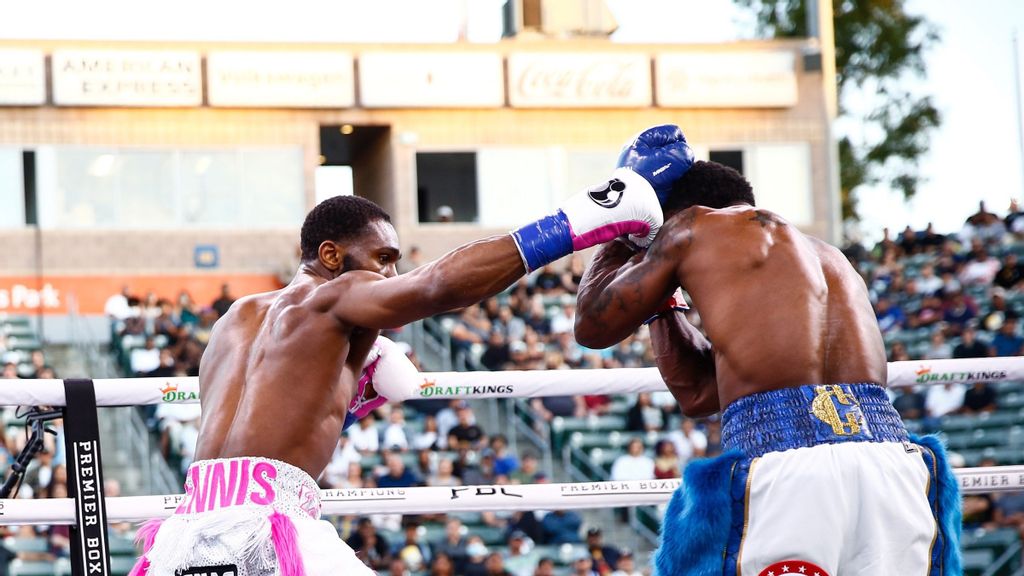 “Everyone already knows how this fight is going to go. I’m going to put on a show. … I’m getting that knockout at the end of the night and making a statement,” Ennis had said before the fight.

Ennis’ right hand landed just above Clayton’s left ear with 28 seconds remaining in the round, flooring the Canadian for good. Clayton crumpled to the canvas, unable to regain his feet as he wobbled around the ring and ultimately into the ropes before referee Ray Carona waved an end to the fight at the 2:49 mark.

“He had a high guard, so I was trying to come around with the right hook, but he leaned in, so I just threw an overhand,” said Ennis, who has scored 21 knockdowns in his past 11 fights and is believed to have won every round of his career.

“But I saw him get up, and he fell over here, and he went over there, so I knew it was over with.”

Ennis’ demolition of Clayton continued the Philadelphia native’s pattern of destruction in the ring, highlighted by his ability to finish off opponents faster than more accomplished fighters previously had.

Ennis has ranked himself the No. 1 welterweight ahead of Errol Spence Jr. and his unbeaten switch-hitting WBO counterpart and three-division champion Terence “Bud” Crawford (38-0, 29 KOs).

“Anybody right now can get it, but I’m the IBF’s No. 1 contender,” said Ennis before speaking directly about Spence after Saturday’s fight. “I think the big fish [Spence] is here himself, so it’s time to go fishing.”

“I’m either going to fight Errol Spence Jr. or Terence Crawford, or fight for a vacant belt. I feel like I’m going to get my opportunity sooner than later,” Ennis said.

Spence was indeed at ringside for the Ennis-Clayton bout and assessed Ennis after the fight during an interview with Showtime’s Jim Gray.

Spence is now focused on making the fight with Crawford, having last month vanquished Yordenis Ugas by 10th-round stoppage to add Ugas’ WBA crown to his IBF and WBC versions.

“I’ve got three belts, he’s got one belt, and that’s all I need to become the undisputed welterweight champion of the world,” Spence said. “It’s something I’ve been adamant about and it’s something I really wanna do, so we’re gonna get it done.”

After winning easily on Saturday, Ennis summarized the Crawford-Spence challenge by saying: “It doesn’t matter to me who I’m facing. I want everybody and anybody. They can line ‘em up, and I’ll knock ‘em down. Doesn’t matter who it is.”