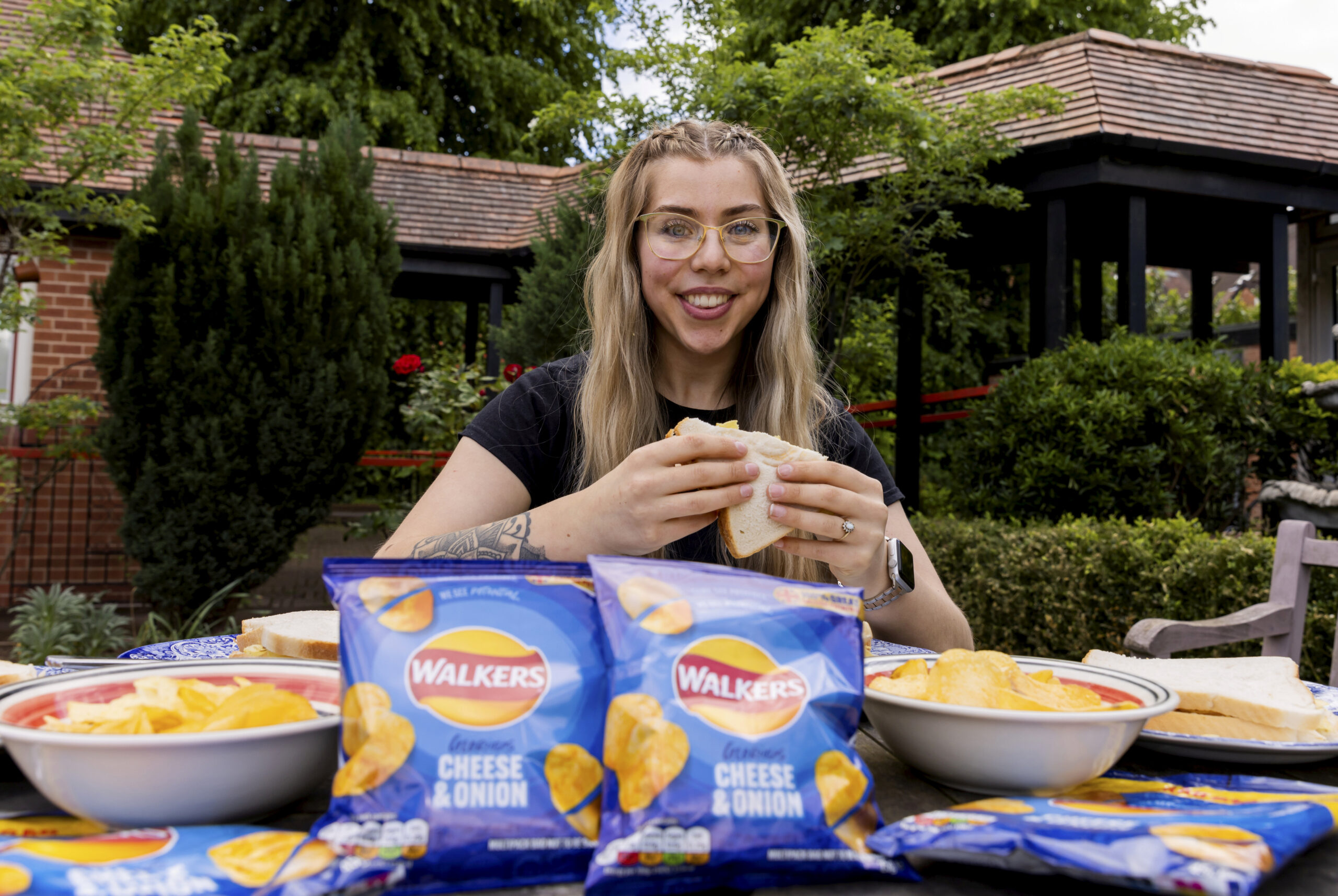 A woman who lived on a diet of cheese and onion flavored potato chip sandwiches for 23 years has finally eaten a proper meal – after being hypnotized.

Zoe Sadler, 25, has munched on Walkers potato chip in buttered white bread since she was a toddler.

She scoffed two packs of her favorite potato chips every day for more than two decades after other foods left her feeling physically sick.

Zoe, from Coventry, said: “My mum and dad say I tried other foods as a toddler but I always turned my nose up or refused to put them in my mouth.

“Apparently the only thing mum could get down me were potato chips which I used to suck until they were soft.

“I remember being at school when I was little and having potato chip sandwiches in my lunch box. They were the only thing I liked to eat.

“I usually had a bowl of dry cereal for breakfast and then a potato chip sandwich for lunch and another one for dinner.

“Sometimes I’d try other flavor chips because the texture wouldn’t bother me.

“Christmas was always hard for me because I’d never want very much to eat.

“I’d be able to have a Yorkshire pudding but never with gravy.”

After developing Multiple Sclerosis three years ago, Zoe decided to improve her health and turned to hypnotherapist David Kilmurry for help.

After undergoing two two-hour hypnotherapy sessions, Zoe has been able to enjoy her first taste of fruits and vegetables alongside other foods.

She said: “I was diagnosed with MS and I just thought, I need to get healthier and feel better.

“I looked around on the internet and read some articles where David had helped other fussy eaters so I contacted him.

“We had two two-hour sessions which felt like they lasted five minutes each and after the second one I was able to try loads of different foods.

“I can’t believe how nice strawberries are and I even tried a Wagamama chili squid which was really spicy.

“I’m looking forward to trying curry and lots of other different foods.”

Zoe was also motivated to overcome her obsession with potato chip sandwiches in time to enjoy a hearty meal at her wedding next March.

She added: “I really don’t just want to be eating potato chip sandwiches on my wedding day. Now I’m looking forward to planning our wedding day menu with Jason.”

He said: “Huge credit to Zoe on her recovery, her progress has been phenomenal and has superseded my expectations.

“In a very short amount of time with myself and at home she has been calmly eating new meals and incorporated many new high-grade fruits and vegetables to her ‘safe’ foods list.

“Recently diagnosed with MS it is dangerous for her to live on a diet of just potato chip sandwiches even if you counteract it with exercise.

“Straight after hypnotism in the chair Zoe was open to trying new fruits and vegetables including cabbage, blueberries and left with a pot of nuts, cranberries and several other foods which she excitedly ate.”