No time to rest: Swans would rather squabble over the best feeding spots than sleep 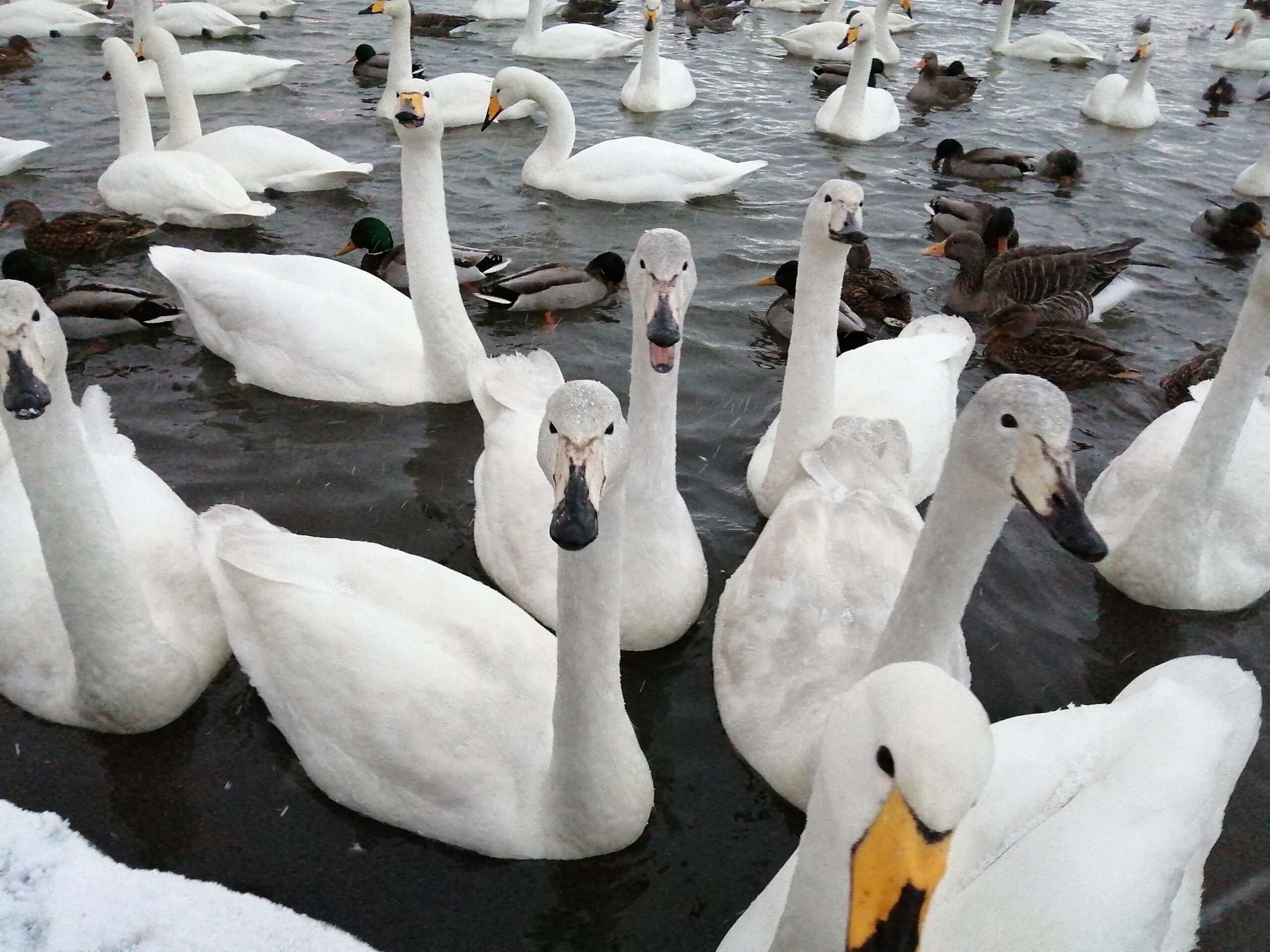 Swans would rather squabble over the best feeding spots… than have a nap, according to new research.

The birds are very territorial – and can be extremely violent. It has been known for adults to kill rivals.

Now a study of mute and whooper swans has revealed just how they used their time and energy.

It revealed a “trade-off” – with increased aggression achieved at the expense of resting.

Two other behaviors – foraging and maintenance such as preening, cleaning and oiling feathers – were also analyzed.

Swans can sleep on land or water – standing on one leg or whilst floating, usually with their heads tucked back under a wing.

Lead author Dr. Paul Rose, of the University of Exeter, said: “These swans use aggression if there is competition over foraging areas.

“This requires a trade-off. Both species reduce resting time to allow for this aggression.

“This was the strongest trade-off we found. But there was also a trade-off for both species between foraging and resting.

The birds were watched via a live-streaming webcam at WWT Caerlaverock nature reserve near Dumfries.

Whoopers are migratory. Those observed spend winter in Scotland.

Mutes are permanent residents. They can be more ‘flexible’ because they don’t share the urgent need to store fat ahead of long flights.

Dr. Rose said: “By providing enough foraging spots for the birds, we can reduce the need for aggression around desirable feeding spots, giving them more time to rest.

“Our study also demonstrates how remotely collected data can be used to investigate fundamental questions in behavioral research.”

Swans eat eel grass, aquatic vegetation and some invertebrates. They use their long necks to probe and sift for food.

To get extra depth they often up end like ducks.

Swans are also partial to cereal crops and can be seen in fields feasting on tender shoots or seed heads.

They will defend a nest, territory or any perceived threat to them or their young – sometimes to the death.

The standard posture is the neck pulled back and low, with the wings fluffed up into an arc.

During challenges, they will swim alongside – as if sizing each other up.

One will then swim at the other with jerky powerful beats of the feet.

If this doesn’t work the aggressor will move in closer by flying low and beating its wings. Actual fighting involves biting and snorting.

It has even been known for them to attack their own offspring when it is time to move on and find their own way.

When with young both sexes will often attack other river users and waterfowl.

Co-author Dr. Kevin Wood, of WWT, said: “At WWT we get lots of questions from our visitors about the aggressiveness of swans.

“This new study helps us to understand how swans’ behavior changes when they engage in their disputes.”

Aristotle, Plato and Socrates believed the birds’ singing prowess was heightened as death approached, giving rise to the idea of the swan song.

During the Middle Ages, the mute swan was considered to be a valuable commodity and was regularly traded between noblemen.

Swans are property of the Queen, technically at least. She still maintains an officially appointed Swan Keeper.

The ceremony takes place on the Monday of the third week in July. He despatches swans all over the world, sent as gifts in the Queens name.

There are three species native to the UK – the mute, Bewick’s and whooper. The latter two journey thousands of miles between summer breeding grounds near the Arctic and the relative warmth of the UK winter.

The post No Time To Rest: Swans Would Rather Squabble Over The Best Feeding Spots Than Sleep appeared first on Zenger News.