It was a night full of HBCU joy and memories

ATLANTA – After six hours, the Hornets of Alabama State were the 23-13 victors over the Howard Bisons in the 2022 Cricket MEAC/SWAC Challenge on Aug. 27.

The game, originally scheduled to kick off at 7 p.m. EDT in Center Parc Credit Union Stadium, started at approximately at 8:35 p.m. EDT. After a Howard field goal in the first quarter, officials delayed the game again due to lighting near the stadium. First, the teams, and then the band and cheerleaders, evacuated the field.

WWE superstar Bianca Belair then went on the field for photo ops with her championship belt after taking pictures with members of the ESPN crew. In 2021, Belair became the first Black woman to win wrestling’s premier league Royal Rumble and SmackDown. The history maker also did the game’s opening coin toss.

After the second delay, play resumed and Alabama State continued to pull away as Hornets sophomore running back and North Alabama transfer Jawon Howell gridded in the end zone on a 3-yard run to help Alabama State pull away.

Howard had its opportunities near the end of the first half, after getting good field position from a blocked Alabama State punt, but the Bisons could not capitalize with touchdowns of their own in the red zone.

Alabama State took a 13-6 lead into halftime as fans from both schools began to give the marching bands rousing ovations. The challenge, sponsored in part by ESPN and Disney, had Mickey Mouse march onfield and entertain the masses in a drum major-like uniform. After Mickey came Howard’s marching band, and Alabama State’s powerful sounding group. The Hornets’ low-brass section projected loudly and yet still in tune. The HoneyBeez of ASU received the loudest ovation of the halftime show, strutting on the field in shiny-gold uniforms and successfully completing splits near midfield.

The second half included more of the same from Alabama State, as Jacoby Merritt ran 21 yards into the end zone as the Hornets continued to widen the gap between Howard. The Bisons scored one more time, thanks to a 5-yard touchdown run from Jarrett Hunter, before a third game delay due to lightning late in the fourth quarter.

The game was called with 2:12 remaining in the fourth quarter, shortly after 1 a.m. EDT. Howard was driving into ASU territory at the time. Alabama State quarterback Demetrius Davis won the game’s MVP honors, after completing 17 of 24 passes for 187 yards and a touchdown.

The game featured multiple celebrity faces in addition to Belair, as former ASU basketball player 2 Chainz performed at the tailgate during the pregame experience.

The win was a first for Eddie Robinson Jr., son of the iconic late coach Eddie Robinson from Grambling, in his ASU era. Next for Alabama State is the Labor Day Classic against Miles College at 5 p.m. CDT on Sept. 3 in Montgomery, Alabama. Next up for Howard is the historic “Battle for the Real HU” at Hampton on Sept. 3 at 6 p.m. EDT. 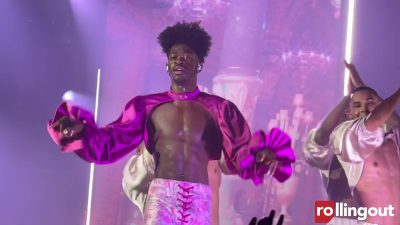 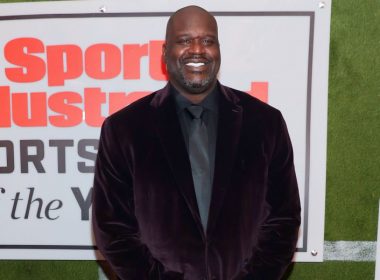