Rihanna’s new man: Everything you want to know 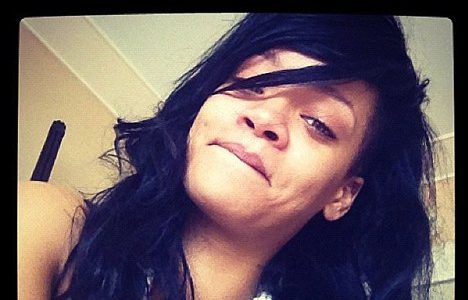 Pop goddess Rihanna has the kind of social life — along with the requisite disposable income — that many would kill for. Throughout her record-breaking, chart-topping, continent-hopping career, Rihanna has been romantically linked to a bevy of Hollywood heavyweights and hip-hop bosses — everyone from Chris Brown to Leonardo DiCaprio. Which brings us to this […]

Cop who released photo of Rihanna’s battered face is fired

The former police officer who leaked the photo depicting Rihanna’s battered face after she was attacked by Chris Brown had her firing upheld in court, a judge ruled Thursday. Former Los Angeles police officer Rebecca Reyes took a picture of an evidence photo and the image ended up on celebrity website TMZ. Reyes continues to […]

Rihanna shows off her assets in Colorado

The queen of Instagram continues to document her 26th birthday weekend in Aspen, Co. After a long day at the slopes with friends, the “California King Bed” singer took to Instagram for yet another impromptu photo shoot. The Bajan beauty channeled her inner silver fox, donned in a silver triangle cutout bikini bra and shiny […]

Aspen has been known to be the playground to the stars, and it was no exception for pop star Rihanna, who recently escaped to chilly Colorado, to celebrate another year. On Thursday, Ri Ri celebrated her 26th birthday at a snowy cabin, where she and friends celebrated by hitting the slopes and hot tub, and […]

Rihanna kicked off her 26th birthday festivities early this week, with an impromptu trip to Aspen, Colo., accompanied by a close-knit crew of friends. The “Pour IT Up” singer opted to sit out on all of the NBA All Star events this year, for a little cabin fever. The bad gal posted the above pic […]

Yesterday, Rihanna continued to taunt her fans with more smoking hot bikini-clad photos during her stay in Brazil. Rihanna, 25, puffs away on a cigar while cuddled up next to BFF Melissa Ford in matching red swimwear, during a working holiday in Brazil. The twosome were hard to ignore, as they later removed their tops […]

After showing some serious backside earlier last week in beautiful Brazil, Rihanna hit the crystal clear waters of the South Atlantic Ocean for a little topless paddle boarding. In her latest Instagram photo shoot, Ri Ri leaves little to the imagination in a mustard yellow bikini while yachting, paddle boarding and smoking her way through […]

Rihanna bares her backside in Brazil

Rihanna loves the water, the beaches and bathing suits as she recently took to her Instagram to show off her backside in a black one piece thong suit. In this serious of photos she looks very serious and playful at the same time. Sporting a red lip, the black suit and long wavy black hair […]

Bad Girl RiRi flosses her latest tattoo in a series of pics in a barely-there bikini during her excursion to dream destination Brazil. Rihanna went topless — again — for a scintillating photo shoot in Brazil, then took some time to floss her growing cakes on the world famous beaches with her crew.  (Photos: Instagram)

It has been reported that Karrueche Tran was denied access to a New York City club because Rihanna was already there. Karrueche’s  people have allegedly spoken out with some information that would shed some light on the fracas. This confirms that there is still tension between Chris Brown’s jumpoffs, er, exes, Rihanna and Karrueche Tran. […]

Music fans should know by now that Rihanna’s tongue operates like a machine gun. At even the slightest provocation, Bad Girl Ri Ri will empty both clips into her intended target — and with extreme prejudice — after receiving criticism for any reason. One of Rihanna’s fans found this out the hard way when the […]

The queen celebrity exhibitionist has struck again with the series of “selfies” on social media. Rihanna shared what is rumored to be behind-the-scenes photos of the video shoot of her hit “Pour It Up,” and Bad Gal Ri Ri is flossing a new retro style, replete with short platinum blonde hairdo and purple satin-looking one […]