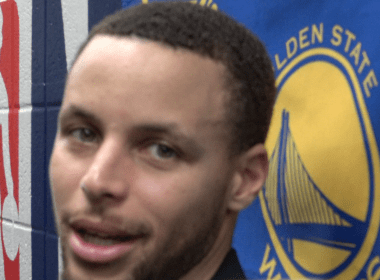 Nate Robinson says he is fine after suffering a devastating loss at the hands of Jake Paul Saturday night, Nov. 28, during a highly anticipated celebrity boxing match that had the attention of a plethora of NBA players, including two-time MVP, Steph Curry. The build-up to the fight was especially intense, as Robinson called out […]

Child murderer George Zimmerman signs autographs at gun show in Florida George Zimmerman is a shameless, unrepentant child killer who is doing all possible to milk the spotlight that his cold-blooded murder of 17-year-old Trayvon Martin accorded him. The reprobate signed autographs at a Florida gun show over the weekend as the featured guest of the […]

Hold the presses! After much consideration (and accusations that the fight was going to be fixed) boxing promoter Damon Feldman has had a change of heart and cancelled the boxing match between George Zimmerman and rapper DMX, which was to take place in March of this year. Yesterday evening he tweeted: “All you people are […]

The George Zimmerman-DMX boxing match will be fixed

In a cruel and hideous twist of irony, the same day many celebrate the birthday of murdered teen Trayvon Martin, his killer, George Zimmerman, has announced he has agreed to fight oft-troubled rapper DMX in a pay-per-view celebrity boxing match in March, the media has learned. Celebrity boxing promoter Damon Feldman says DMX was selected […]

He may be a coward, a liar, a woman beater, a bully and a murderer who managed to get off the hook because his one witness — Trayvon Martin — was conveniently killed in a gated community in central Florida. But there’s one thing we can say about the detestable reprobate George Zimmerman: he is […]

DMX says he’ll be sentenced to hard prison time if promoters allow him to step in a boxing ring with George Zimmerman. That’s because he’d break every boxing rule in the book, then urinate on his face. The rapper born Earl Simmons, 43, quickly threw his name in the mix, along with The Game and Lindsey Lohan’s […]

The Game could already envision himself peeling back George Zimmeran’s scalp. But it looks like the menacing West Coast rapper won’t get the chance to dislodge the gun-toting watch captain from his limbs. Thursday it was announced that Trayvon Martin’s “murderer” George Zimmerman was willing to fight anyone, including a black man, in a “celebrity” […]