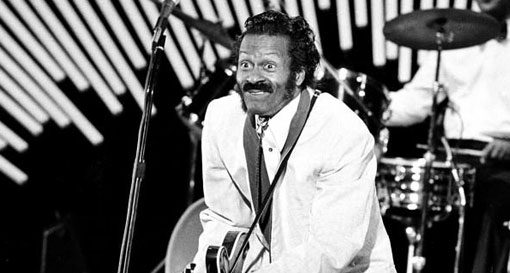 As previously reported, on Saturday, March 18, rock ‘n’ roll pioneer Chuck Berry died. He was 90. According to multiple outlets, Berry died in his St. Charles, Missouri, home. The St. Charles County Police Department confirmed via Facebook that although police responded to an emergency call from the legendary musician’s residence, they were unable to […]

Rock & Roll pioneer Chuck Berry has died. The nonagenarian was pronounced dead at his home in St. Charles County, Missouri today, March 18, 2017. Charles Edward Anderson Berry Sr., who went by the stage name Chuck Berry, was among the first group of performers inducted into the Rock & Roll Hall of Fame in […]

The 15 greatest Black rock artists of all time

For too many music fans, the history of blacks in rock music is only limited to Chuck Berry, Jimi Hendrix and Prince.

The horrific and damning report by former FBI director and judge, Louis B. Freeh, regarding  Jerry Sandusky showed a culture of noncompliance and conspiracy to cover up the child predator’s crimes by the most powerful men at Penn State, including the late legendary head coach Joe Paterno. Freeh’s report comes at the conclusion of an […]