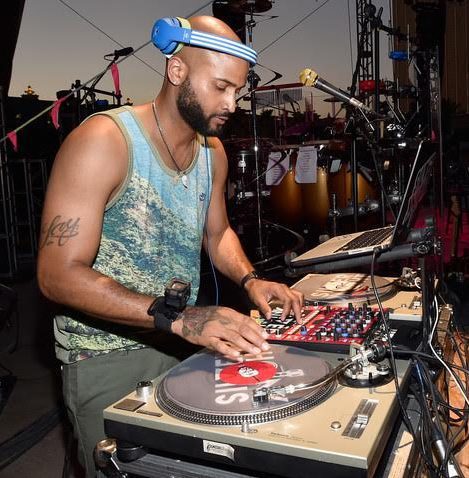 Rolling out’s Master DJ series spotlights mix-masters recognized in their respective cities who are making an impact in their communities. As a veteran DJ who’s been rocking crowds for 19 years, DJ Silver Knight, aka The Party Fanatic, is one of Atlanta’s premier DJs.  He was born in Detroit, Michigan, and moved to Atlanta as a […]

5 of the hottest nightclubs in Atlanta Atlanta is known for its nightlife, so when you visit these nightclubs on the right night, the building will definitely be packed. Next time you visit Atlanta and don’t know where to go for a little nightlife fun, one of these clubs might be a good option for you.

Top clubs where Rihanna likes to party during Grammy season.

It’s almost time to ring in the new year in Detroit! Whether your looking for something a little grown and sexy or laid back, we’ve got you covered. Check out our top picks for bringing in the New Year, in the ‘Motor City.’ – ruthie hawkins

This is NOT your average New Year’s Eve in Philly. Blow out the New Year at a variety of events featuring open bars, a ball drop, fireworks, and your favorite local dj’s spinning this years hottest music. Click to continue for our top picks! – ruthie hawkins

Thousands of hair aficionados will be flocking to Atlanta this weekend for the Bronner Bros. International 65th Annual Mid Summer Hair Show being held at the Georgia World Congress Center.  After long days of styling, competing, and getting the inside scoop on hair and beauty trends, attendees will be anxious to unwind. Take a look […]

Lollapolooza Hook-Ups: Where to Find Your Next Lover

Lollapolooza Hook-ups: Where to meet a young, hard-bodied Brother or a mature Sugar Daddy.

The Mojito: The Most Versatile Summer Favorite

The mojito — which was has been all  the rage for savvy and sophisticated summer partiers — took over the cocktail spotlight with a vengeance over the past few years. The drink, which is actually a traditional Cuban highball, became wildly popular because of its versatility and the many variations of mojitos offered in restaurants […]

Black Swingers are couples (married or dating) who have social sex with others.

Music and Mingling in Hotlanta: Eleven at Loews

When visitors approach Atlanta’s nighttime skyline from the north, the “Capital of the South” looks like Emerald City, a dazzling array of colorfully lit skyscrapers outlined in garnet green, ruby red and diamond-hot white lights. It is a breathtaking display, even if it does border on gaudy. But so what, it’s spectacular. Stay on course, […]