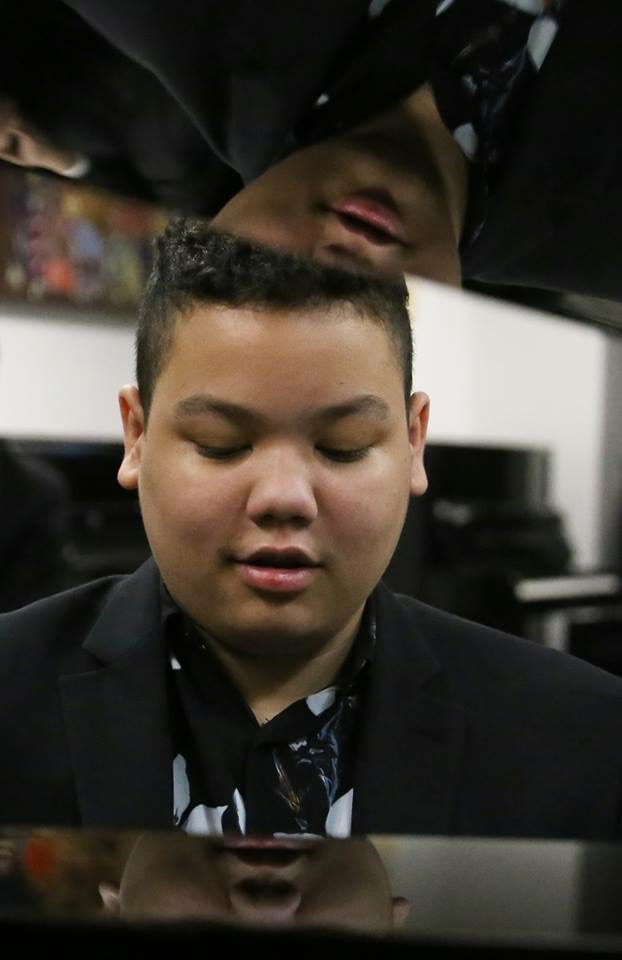 Fourteen-year-old Chicago-born piano prodigy Joshua Mhoon is a classical music phenom. Mhoon has traveled around the world, performing in some of the world’s most elite venues. He’s been known for performing smashups of Beethoven and Bruno Mars and made it sound amazing. He has also showcased “Chopin Prelude” and Prelude” in F Major as well. […]

Rapper Prodigy’s cause of death revealed Nearly two months after rapper Prodigy of Mobb Deep died, his cause of death has been revealed. According to multiple outlets, the trailblazing artist died from accidentally choking on an egg in the hospital where he was being treated for sickle cell anemia. An investigation to determine whether it was the choking or the symptoms […]

Everything we know about the death of rap legend Prodigy

Hip-hop legend Albert “Prodigy” Johnson has reportedly died. On  June 20, Nas posted an Instagram photo with the caption, “QB RIP King P. Prodigy 4 Ever.” Details of Prodigy’s reported death has yet to be released. Raised in the Queensbridge section of New York, Prodigy, 42, joined his childhood friend Havoc to form Juvenile Hell […]

N.O.R.E. on hip-hop beefs with Prodigy and Nas, giving back to Queens, New York

Mobb Deep to collaborate with The LOX

Mobb Deep and The LOX are two of East Coast hip-hop’s most beloved crews. And according to a recent interview with Shade 45’s Sway In the Morning, Mobb Deep’s Prodigy has revealed that the two parties will be collaborating in the very near future.

Happy 16th birthday Prodigy! A member of the quartet Mindless Behavior, Prodigy was born Craig Crippen in Philadelphia, he helped Mindless Behavior release a top-10 R&B single “Mrs. Right” in 2011 and the single “My Girl” became a U.S. top 40 hit in 2010. He developed a passion for music after listening to artists like Michael Jackson as a child. He […]

WondaGurl has gone from relative obscurity to sensation. The teen produced the track “Crown,” one of the more talked-about cuts on Jay-Z’s new album, Magna Carta Holy Grail.

Mindless Behavior: ‘Used to Be’

Check out Mindless Behavior as they release the official music video to “Used To Be,” which is featured on their latest album release, All Around the World.  Enjoy!

It’s a great week for music lovers across the board, with a lot of good albums spanning several genres

5 black child genius who are masters at chess

The days where black kids only admired athletes and entertainers are coming to an end. More black kids are now engaging in competitions that allow them to use their intellect and sharpen their skills in school. Several black kids have quickly learned the game of chess and mastered it a young age. We have compiled […]

Mindless Behavior stopped in Atlanta yesterday to promote their new movie All Around The World and also to do a mini concert to promote their new album. Many young fans filled the W Hotel in midtown Atlanta to see the boy group. Before the concert began, the City of Atlanta recognized the group for all […]

Mindless Behavior’s Roc Royal, Prodigy, Princeton & Ray Ray talk new album, movie and tourStory: Amir Shaw Images: DeWayne Rogers The second time around can be scary for many artists in music. There is a fine line to walk between achieving status as a sophomore sensation or falling victim to the sophomore jinx. The biggest […]

Frenzied pre-teen fans waited with baited breath for Princeton, Ray-Ray, Prodigy and Roc Royal to appear at the screening for their documentary film

Pusha T admits that he’s petty and spiteful. Here are 10 rappers who let their emotions constantly lead them into hip hop beefs.

In the weeks following Frank Ocean’s courageous admission that his first love was a man, the singer has received an overflow of support and criticism as vast, swirling and deep as his name. Many stars, like Beyonce, Russell Simmons and Tyler The Creator have already come out in support of Ocean, saying that his decision […]