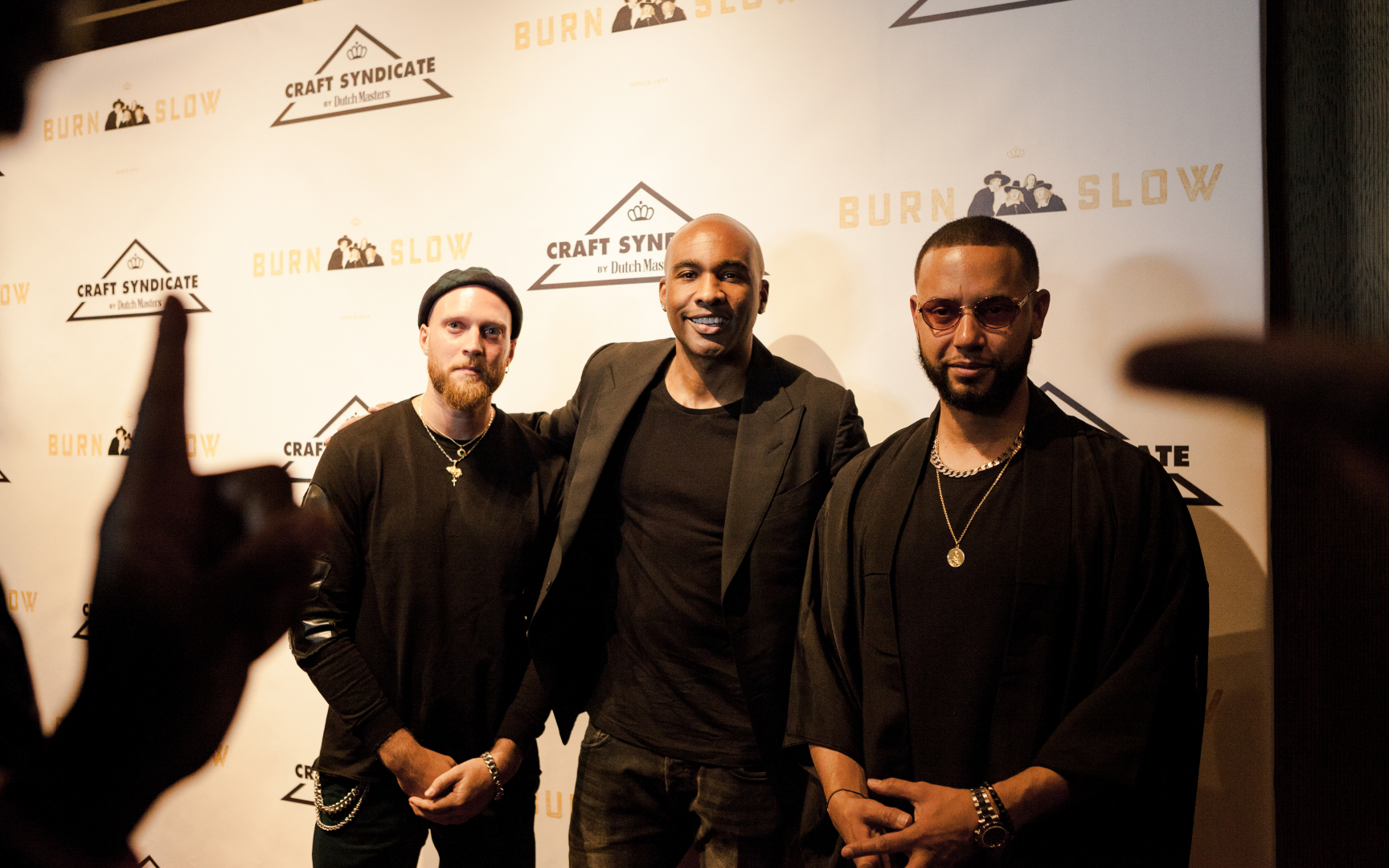 Disney Dreamers Academy with Steve Harvey and Essence magazine in Orlando, Florida, kicked off day three with Brandi and Karli Harvey going over pointers and tips on image awareness. Dr. Alex Ellis met with the Disney Dreamer men and conducted a grooming class titled “Tied to Greatness” in which he helped the young men with tying […] The 23rd Annual Trumpet Awards ceremony was held last night at Cobb Energy Center in suburban Atlanta. Popular TV personalities, honorees and celebrities were in full regalia at the highly touted event celebrating achievement. The red carpet looks ranged from lace to leopard. Jovani, the popular prom dress designer, made the biggest splash on the carpet. Many opted […]

If you follow Rocsi Diaz on Instagram, you’d know that since the beginning of the month, the “E!” correspondent was super hype about her vacation to Greece for Yacht Week. Diaz’s fashion has always been on point, but this past week or so, her has been giving us a bunch of ideas to end our summer with […]

The 2014 Billboard Music Awards brought many of our favorite celebrities to Las Vegas and a bunch of great photos to Instagram. As Ludacris prepared to MC the night, E! Online‘s Rocsi Diaz and Lance Bass kept the energy high on the red carpet. Judging from Nicki Minaj, Wiz Khalifa, Amber Rose, and more, the […]

The Bring Back Our Girls campaign on Instagram went from educated followers posting promotional memes to celebrity stars lending their support with their own custom photos. While all of our efforts may not directly impact the safe return of the adbucted Nigerian schoolgirls, our messages not only brings awareness to the issue, but also shows solidarity […]

Rocsi Diaz blasts August Alsina “Entertainment Tonight’s” Rocsi Diaz is responding to the controversy with August Alsina after the R&B singer gave a very snappy response to”106 & Park’s” Keshia Chante. As previously reported, Alsina shut down Chante after she asked the crooner about his ongoing feud with Trey Songz. “So the last time we […]

Long hairstyles on female artists on the Grammy red carpet

It’s no secret that pop singer Ke$ha has battled with her weight. Unfortunately for the 26-year-old singer, her party-hard lifestyle has caught up with her. According to E News, “Ke$ha entered rehab early this morning for an eating disorder.” “I’m a crusader for being yourself and loving yourself but I’ve found it hard to practice… […]

In the midst of watching other’s relationships shatter (Khloe Kardashian) it is nice to see other Hollywood couples head over heels in love. On Thursday, Dec. 12th, Christina Milian arrived at the Staples Center, family in tow for a Skate Party with Disney On Ice Presents “Rockin’ Ever After.” The former “Dancing with the Stars” […]

Former “106 & Park” host Rocsi Diaz is heating things up this holiday season, in a variety of festive party wear by Marciano. The women’s wear brand, also responsible for birthing Guess, partnered with Diaz, 30, for their 2013 holiday campaign. The current “Entertainment Tonight” host channeled her inner glamour girl in a variey of […]

It’s that time of year again, the 39th Annual Daytime Emmy Awards. Aside from celebrating some of the greatness television has to offer, the Emmy Awards are also a great opportunity to ogle at some stunning and some not so flattering red-carpet looks. To kick off this year’s Emmy Awrds, we’ve rounded up the best […]

Rocsi, Trina and more show off their style at the 2013 BMI Hip-Hop/R&B Awards

From Miami rapstress Trina to Japanese singer Crystal Kay, these ladies made sure to step out in stunning fashion at this year’s show.

Terrence and Rocsi party in Malibu  Two former BET hosts recently reunited for a beachside celebration. Entertainment Tonight co-host Rocsi Diaz and E! News co-host Terrence J were spotted this weekend at the Kia Motors Beach House powered by Sabra in Malibu, California. After nearly seven years of working together, the twosome seemed thrilled to see one another and caught up […]

Australian-born model and girlfriend of funnyman Eddie Murpphy, Paige Butcher, 33, was spotted in Maui soaking up the sun with Murphy’s stunning daughters, Bria and Shayne Murphy. Butcher joined the Murphy girls in the ocean, where they swam and spent the day sunbathing. The girls looked gorgeous in bright itty bitty bikinis and summer accessories. […]

Summer is almost here and we love nothing more than watching celebrities transform into style mavens. Check out some of Hollywood’s biggest stars in some of summer’s hottest trends from patterned suits, sparkly dresses, all-white everything and dewy makeup here. –ruthie hawkins

Katy Perry and John Mayer’s relationship has always been on the fast track and now it seems like the couple’s high-speed romance has rocketed all the way into splitsville as sources claim that Perry and Mayer have broken up for a second time. According to Us Weekly, Perry and John began casually dating last summer. They […]

Are Shaq and Rocsi engaged already?