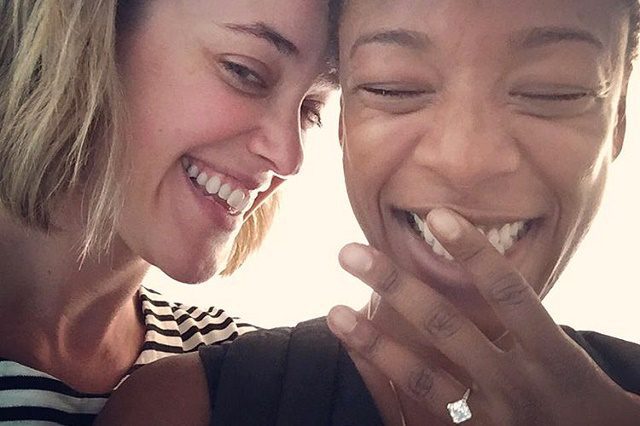 View this post on Instagram A post shared by Samira Wiley (@whododatlikedat) “Orange Is the New Black” star Samira Wiley has taken her relationship with longtime love Lauren Morelli to the next level. On Saturday, March 25, the pair tied the knot in Palm Springs, California, Martha Stewart Weddings reports. The newlyweds, who met on […] View this post on Instagram A post shared by Samira Wiley (@whododatlikedat) “Orange is the New Black’s” Samira Wiley and Lauren Morelli detail their “magical” engagement story. In the February 2017 cover story of Out Magazine, the couple revealed their casual yet memorable proposal. “We’d planned this weekend in Palm Springs. I’m pretty laid-back: If […] They say art imitates life, but never has that saying been as true as it is now that reports have revealed that “Orange Is the New Black” writer Lauren Morelli has divorced her husband to strike up a relationship with series star, Samira Wiley. According to TMZ, Morelli and her husband of two years, Steve Basilone, […]