Trayvon Martin to be awarded posthumous degree in aeronautical science 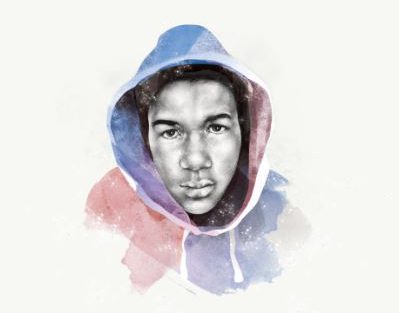 In memory of his dream of becoming a pilot, slain teenager Trayvon Martin will be awarded a posthumous degree in aeronautical science. Earlier this week, Florida Memorial University announced via Facebook, its plan to award Martin a bachelor of science degree with a concentration in flight education. Of the honor, which will take place on […]

Trayvon Martin and Emmett Till: Brothers in history

The similarities in the murders of Trayvon Martin and Emmitt Till are stark and eerie: Two young black teenagers, some sixty years apart, made innocent trips to small town stores in the Deep South — and were never seen by their parents again. Both boys were both devoured by cowards. The verdict in the George […]

Trayvon Martin walked into a Sanford, Fla., 7-Eleven on Feb. 26, purchased a bag of Skittles and an Arizona Iced Tea, and before he was able to return to his father’s fiancée’s home, he was killed. Surveillance footage from the convenience store shortly before his murder is among the evidence prosecutors released Thursday, ABC News reports. […]

Atlanta lawyer Tesha N. Clemmons, Esq. talks about what to expect from the George Zimmerman trial.

Joe Oliver Exposed, Not a ‘Close Friend’ of George Zimmerman

The man who jumped to George Zimmerman’s defense in the Trayvon Martin case was grilled on MSNBC yesterday for claiming that he was a good friend of the man who killed the unarmed 17-year-old. As previously reported, Joe Oliver told ABC that his friend Zimmerman used a “term of endearment” when he called Martin a […]

Since the murder of Trayvon Martin, a number of celebrities have cried out for justice for the 17-year-old Florida teen. Surprisingly however, there are still a few who have yet to give their opinion. While artists like Common, Mos Def and even Plies are doing their part to at least bluff like they care about […]

George Zimmerman’s Friend: He Called Trayvon Martin a Goon, Not a Coon

A friend of George Zimmerman is speaking out in his defense to refute claims that he used a racial epithet to refer to Trayvon Martin. As previously reported, a recorded phone call appeared to catch Zimmerman calling the unarmed 17-year-old a “—ing coon” while he followed him against the requests of a 911 operator. […]