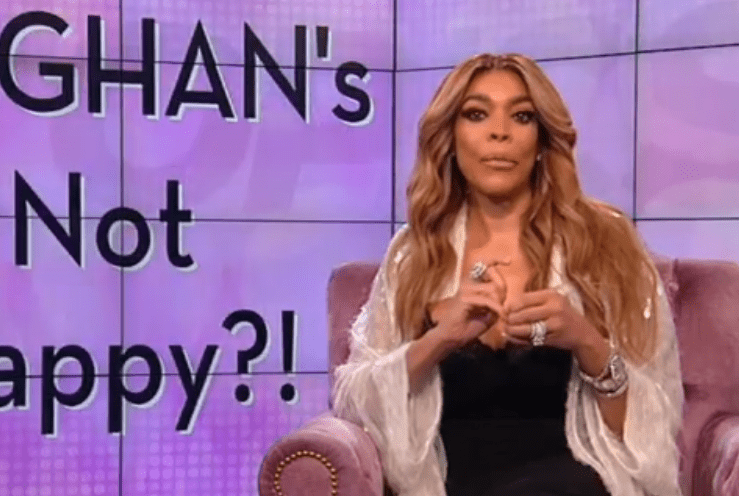 Wendy Williams‘ wedding ring went missing. This is interesting because, when Williams returned from her self-imposed two-month moratorium, she emphatically denied rumors about her husband, Kevin Hunter, and his alleged infidelity. “Believe me you, when you’ve been with somebody for 28 years … married for 25 years …we know each other. He’s my best friend, […]

Kim Kardashian is not having it after telling Jay Leno she is tired of people invading her privacy and is suing YouTube’s co-founder for allegedly leaking footage of Kanye West’s proposal. Video of Kanye West proposing was published online via MixBit, a new video company, in the days after West popped the question at AT&T Park in […]

Kim Kardashian sheds 50 pounds of baby weight, shows off on ‘The Tonight Show’

Kim Kardashian appeared on “The Tonight Show with Jay Leno” last night showing off her post-baby body in a white lace dress, black and gold shoes and black undergarments. That’s not all she showed off, flashing her giant engagement ring from fiance, Kanye West. The 33-year-old reality star revealed that she is officially 50 pounds lighter after giving […]

NeNe Leakes shows off her huge wedding ring that she received from husband Gregg Leakes the second time around when they exchanged nuptials on Saturday, June 22, 2013 at the Hotel Intercontinental Atlanta in the city’s posh Buckhead community. The lavish ceremony was an amazing experience – this writer was there and knows firsthand. The […]

Gloria Govan and Matt Barnes rekindled their love and got hitched last weekend (Sept. 21, 2012) in Las Vegas at the historic Little Church of The West wedding chapel. In addition to reading rolling out’s exclusive cover story on the newlyweds, many of us also want to see the ring. The coveted title “basketball wife”  usually […]