Jason Derulo collabs with Zumba Fitness, encourages women to get up and dance 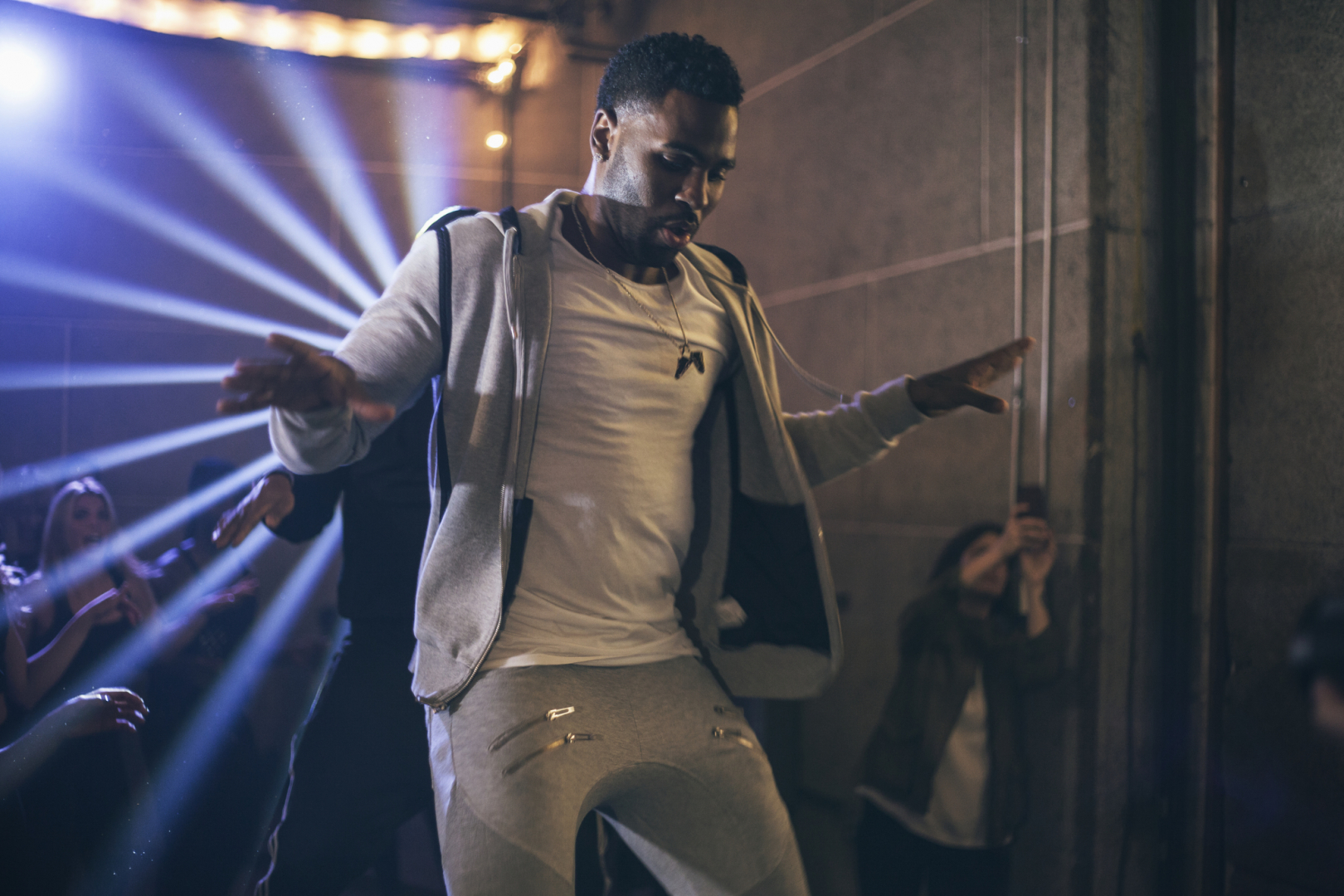 If you know anything about Jason Derulo, besides his high-profile romances, you know Derulo can dance. His high-energy music videos are known equally for their sex appeal and intricate dance moves. If you combine Derulo’s reported love of women and his obvious love of dance, it’s no surprise he was tapped to do a collaboration […] What inspired you to open Pose Wellness? At 19 years of age, I was a healthy 115 pounds and a size 5. Then I became pregnant with our first daughter and came face-to-face with a lot of health challenges, including high blood pressure. I knew high blood pressure was in my family but I honestly never […] The American heart Association kicked off their Go Red Girlfriend Weekend on Friday, May 15, 2015, with the Taste of Soul mixer.

Fit Fridays with Rosalyn R. Ross: Being a boss also means being the boss in your workout life

As 2014 draws to a close, many of us have already started to consider what old stuff (perhaps clothes and shoes or maybe even bad habits and fears) to throw out. A new year on the horizon is an opportunity for reflection and a time to set goals for bringing a new you into the […]

I recently went to Zumba for the first time in several weeks as I had been doing Bikram yoga, spin, and other cardio classes. I’d been ill for about a week and was really anxious about getting back to working out. About two-thirds of the way into the one-hour class, in the midst of the panting and praying that this […]

Alexis Wright was accused of running a prostitution ring from her fitness studio in the charming New England town, downtown Kennebunk, Maine. She had more than 100 male customers and one woman. Wright was released from York County Jail on Saturday, Nov. 23, 2013, after serving six months for prostitution, tax evasion and conspiracy charges. She […]

Looking at Shakira, one would never guess that it’s only been seven months since she gave birth to her baby boy, Milan. Before baby, the Columbian beauty’s workouts consisted of lots of dancing. She also continued using dancing as her source of exercise throughout her pregnancy as she trained with Zumba creator Beto Perez. “I […]

There are so many new trends as well as, old fashion ways to drop unwanted weight, from spending more time outside to quick 15-minute workouts. There is sure to be a workout that fits your fitness needs. See which fitness trends made the top five so far this year.

Whether you enjoy working out at home alone or in the gym with a group, these five exercises are the best at boosting the heart rate, increasing the metabolism and melting the fat away. Keeping active along with a healthy diet is essential to any fitness goals. –louvonia mcclain

Rihanna and Snooki dance the pounds away

Barbados songbird, Rihanna and reality TV star, Snooki, have something in common.  They both share a love for dance to shed excess weight. Rihanna, Snooki and LeAnn Rimes are three other stars who have slimmed down thanks to the high-energy dance routines. US Weekly recently interviewed Dancing With the Stars pro, Karina Smirnoff who swears dancing is the only way […]

Before there was Billy Blanks DVD’s, there were Jane Fonda, Donna Richardson and Richard Simmons VHS tapes in every store for those who wanted to workout at home. Now  there are a plethora of really good work out DVDs available no matter your fitness level. While they all are effective and will work,  it will […]

The Democratic National Convention is right around the corner and it’s about time for the extravagant events to commence. The four-day drama starts with Labor day family festivities and ends with President Obama’s acceptance of the Democratic nomination. The week also includes non-political activities for anyone to partake in with easy access. With the convention taking […]

ZUMBA a Great Way to Make Friends and Lose Weight

ORLANDO, Fla. – Let’s get ready to Zumba! It’s 5 a.m. and this writer and her colleague head to the conference center at the Ritz-Carlton Grand Lakes in Orlando, Fla., to participate in the 6 a.m. Zumba class. For those of you who haven’t caught wind of the sexy workout that’s equal parts exercise and […]

The event took place at the McCormick over the weekend and featured Zumba class, and an interactive healthy eating exhibit.