When the fourth installment of Final Destination hit theaters, critics and moviegoers alike wondered aloud if the successful franchise had lost its way. But with eight authoritative words, veteran actor Tony Todd (Candyman, The Crow)  put everyone on notice that the Final Destination that the cinematic world had come to know and love was indeed back.

Powerful words, coming from an incredibly talented thespian. Todd’s character, the enticingly creepy Mr. Bludworth, rounds out a cast of characters set to return the Final Destination franchise back to a place of respectability. Rolling out sat down with Todd to get his take on life, art, and the Aug. 12 national release of Final Destination 5.

So what is your honest opinion of Final Destination 5?

I really like this movie. And I think that it has legs to continue to be a successful franchise for years to come. I’m not saying that it will ever win an Oscar, but I do believe that when people look back, it will be viewed as a very important franchise in pop culture.

What is it about this franchise that you find enjoyable?

I like the diabolical, mind-twisting nature of the franchise. And to top that off, it’s a bigger budget film, so they pay me well enough so I can go and support up-and-coming filmmakers who may not have the money to pay me. I like to support them, though, because they are writing from the heart, and they are giving me the gift of a character of depth and substance that I get to play.

So mainstream movies feed your pockets, while independents feed your passion as an actor?

Yes, that’s how it often works. Now, don’t get me wrong, I really enjoy the Final Destination franchise … oftentimes though, as actors we find work that we can really sink our teeth in from independent film.

How does it feel to be able to support new filmmakers in this way?

It feels wonderful. I used to teach school, so I understand how important it is to support burgeoning artists. I know what it’s like to wish someone would support you, so I just like to do my part.

So give your final thoughts on why the public should support Final Destination 5?

Because it won’t disappoint. If you’re are looking for a great way to spend some time being entertained in a breathtaking way, then you need to see this film. 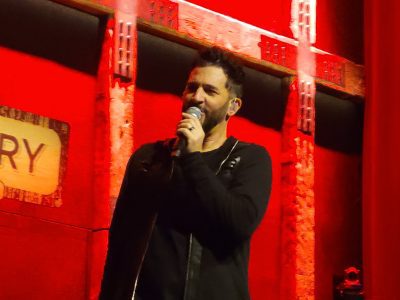