Skip to content
Music » Sage the Gemini accused of lying about feelings for ex, Jordin Sparks Sage the Gemini is the latest celebrity boyfriend-turned-ex who’s been publicly outed for playing two sides of the coin. His former girlfriend, Jordin Sparks, had confessed her love for him after a very public breakup with Jason Derulo. After Derulo’s unsympathetic remarks about his relationship with the former “American Idol” winner, fans were hoping Sparks had discovered true love with the up-and-coming rapper. The two seemed to be the perfect fit until Sparks suddenly broke things off with Sage. His response to the breakup with a heartfelt Instagram post had women everywhere begging Sparks to give him a second chance or at least pick up the phone and listen to his pleas.

After Sage’s post went unanswered by Sparks, tongues wagged that his infraction must have been very bad in order for her to cut him off to that extent. While rumors about Sage reconnecting with an ex-girlfriend remained unconfirmed, the rapper came out with a statement assuring fans the relationship didn’t end over infidelity.

As with most public celebrity breakups, part two is never far away. On Tuesday afternoon an audiotape was leaked with Sage the Gemini emphatically trying to convince his ex-girlfriend that his relationship with Sparks was a fraud, a glorified publicity stunt.

“Those are pictures..those are pictures…..everything was f—ing horrible. She got on my nerves, I wanted to stab her.  Don’t get me wrong. She’s cool, levelheaded and whatever, but she’s not a regular person.”

Whether or not Sparks heard the tape prior to the breakup or if she talked to Sage’s ex, we don’t know.  Since the leak, Sage has said the comments were in reference to the beginning of the relationship. With this damaging evidence, it’s unlikely there will be a public reunion anytime soon. Keep the faith, Sage.

Local music was the star at this year’s Lollapalooza (photos) 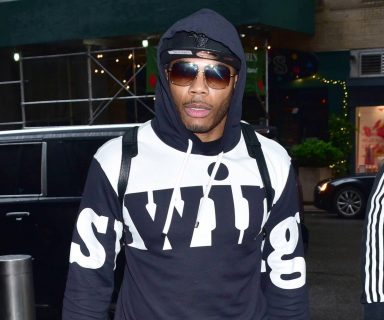