Shae Primus is a certified matchmaker based in Atlanta. Her company, Middleclass Matchmaker seeks to connect middle-class professionals going through life sans a partner. One of the biggest hurdles Primus says she has to cross is getting Black women to open their mindset when dating, and give their counterparts a chance.

During a discussion on her company message board, Shae Primus shocked members by suggesting women give men who have experimented with same-sex relationships a chance. “It’s unfair that many women have had same-sex experiences, but at the same time, they judge men who have experimented with the same sex. Even if a guy has had one experience, most women will totally write him off as undateable.”

Primus says many of these women have gone through bisexual phases, decided the lifestyle is not for them and yet still expect a man to step up and marry them. As a result of the double standard, she says men who have experienced same-sex relationships or consider themselves bisexual are forced to lie or simply give up dating women. Instead of totally running at the first sign of a same-sex past, Primus suggests women have an open dialogue with a potential partner to determine if he is still in that lifestyle or not before totally writing him off.

Besides sexual history, Primus says women strike men off their potential lists for superficial issues such as not having a car, or “enough money” or even too many children. “You can’t love people by qualifying standards; allow people to grow. You can meet a person today who is struggling financially trying to get their life back together and by the end of the year they are up and rolling. Guess what? You just missed out on a great guy. When you help someone build, it teaches you and builds your character, and it also means the man will have loyalty to you. You get the chance to grow together,” Primus suggests.

She references the love affairs of Barack and Michelle Obama, along with Denzel and Pauletta Washington as examples. “In both of those situations the husband talks about the wife being with them when they had nothing, yet we don’t want the beginning stages of those that  #relationshipgoals,” Primus laughs. 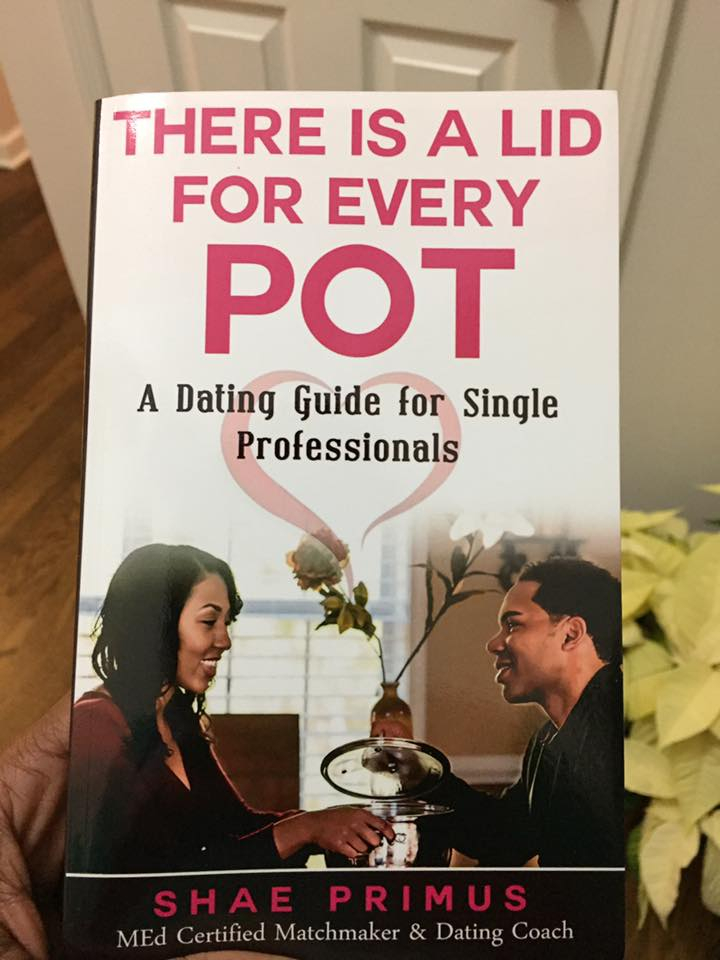 After heading her company successfully for nearly a year, she decided to write a dating guidebook titled A Lid for Every Pot.  “I felt like more people needed to hear my message than could sign up for my services. It’s a dating guide and I’m giving you tips, do’s and don’ts, holding your hand through the process,” Primus explains.

Primus believes her life’s mission is to connect the sexes in the Black community. “Black love is necessary. We have a whole generation of children that are growing up without seeing it. We grew up with television series that showcased that, but our children don’t see Black love as a possibility. This is creating the next generation of people who feel like they don’t need each other and that is absolutely not true,” she says.