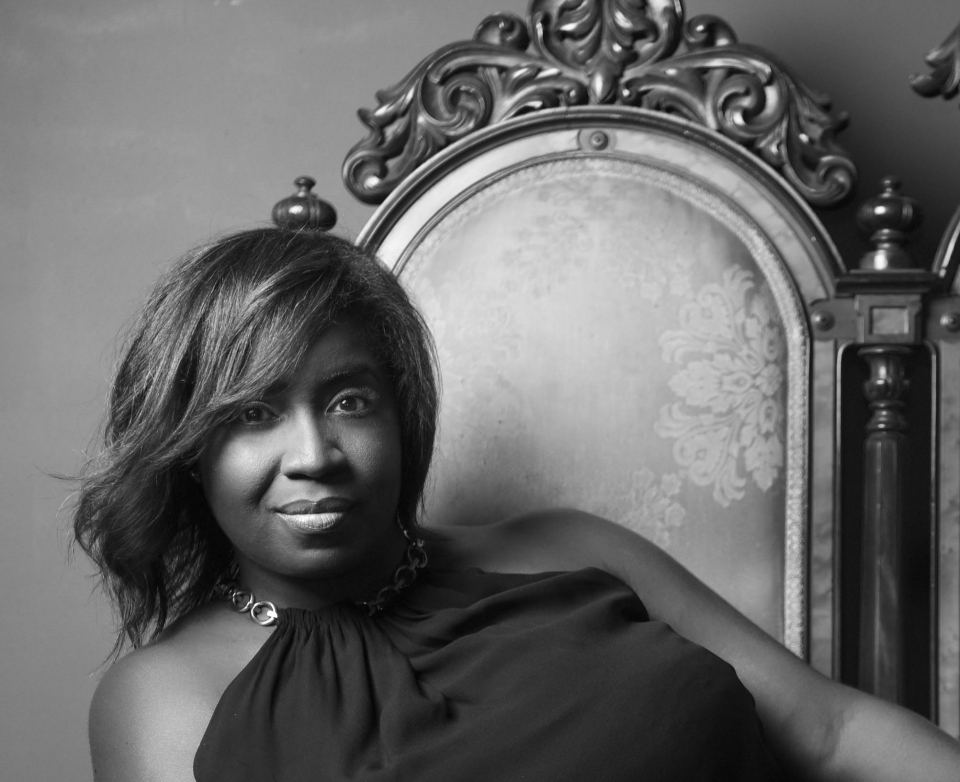 Tamara Young has worn some noteworthy hats in her career: public relations practitioner (PR pro), award-winning culinary expert, traveler, wellness and finance executive, event planner, on-air broadcast personality, highly sought after relationship marketing coach, and CEO of Preventative Health Partners LLC. Her most recent hat that she’s currently making waves in is that of head consultant of her organization RichGirlsTrade (RGT), where she teaches her clients how to turn profits daily, using only their cellphone, in the $6 trillion per day industry. In this position, Young uses her extensive knowledge of the most liquid financial market in the world and consults nearly 1,000 Foreign Exchange Currency (FOREX) Traders. Young’s RGT organization is a globally growing movement that’s dominated mostly by women and is a life-changing and finance-transforming business that is helping people worldwide, from Canada to Saudi Arabia, South Africa to Dubai and back to Detroit.

What inspires you to show up at work every day?
An insatiable appetite for success and a burning desire to make good on the promises I’ve made to myself. One thing that I know for sure is that I’m inspired to show up every day because I truly enjoy what I do. I’m always challenged. And I know I’m making a difference in the life of every single client I consult.

Financial literacy is always inspiring. I get to coach a globally growing group of FOREX Traders, from Atlanta to South Africa, and Detroit to Dubai; teaching them how to navigate the largest financial market in the world and earn like the banks every day. That’s beyond inspiring. It’s downright orgasmic. And our list of clients earning the most money is dominated mostly by women.

How did you determine your career path?
I always wanted to be my own boss. I embraced that idea fervently early on. As a matter of fact, a dear childhood girlfriend reminded me just the other day, that when we were little, apparently I’d always say, “When I get older, I want to wake up naturally by sunlight.” Whatever the heck that meant to a pre-teen, apparently, it didn’t include having an electronic rooster shock her heart and scare her to death each morning, and certainly not a boss. By the age of 22, I’d opted to become a PR consultant. My first client was a communications Goliath. Still, I was able to set my own hours, charge hundreds by the hour and pick and choose additional clients who would provide the most bankability and permit me to be the most bodacious. Thankfully, along the way, there was a pendulum swing toward honoring self-awareness first and ultimately that process came to me more and more naturally.

Also, when it came to determining my “career path,” I consistently searched out opportunities that would give me the most “Cake-And-Eat-It-Too” joy. I grasped the importance of being specific when it came to choosing only what was deserving of being in “my lane.” Even to this day, I realize that everything is not for me, and I’m downright emphatic about never being too anxious for any client business.

Describe goal-setting methods you use and how you evaluate your success.
While I admittedly live by a “fire, aim, ready” philosophy, every single one of my uber successful friends purposely set measurable goals and objectives. Like them, I recognize that a goal without a date is just a wish, and if you aim for nothing, you’ll  hit nothing smack dab on the head, every single time. I learned long ago: Write it down. Plan your work. And work the heck out of your plan. One month, two months, three months, six months — even three years ahead. Success doesn’t happen by accident. I’m a list maker, always, refining and redefining my goals. When it comes to evaluation tools to help measure progress towards achieving goals within my evaluation framework: 1) I use benchmarks to measure key milestones along the way. 2) And indicators: The evaluation findings that let me know I’m on the right track toward the next benchmark and closer to my ultimate goal.

How have you evaluated your life’s success?
When you’re able to consistently play by your own rules, it is amazing what you’re capable of. Success to me is smothered in the deliciously uncommon autonomy to pick and choose projects and along the way, being able to bless others. Waking up naturally by sunlight, gazing at more Caribbean, Mexican, French and Italian Riviera sunsets than I could have ever imagined in one lifetime, for two uninterrupted decades, is the utter fulfillment of doing what I love — drenched in my unapologetic terms — integrity intact.

What are the three most important factors of being a successful woman?
That’s easy:

1) Know that you can never out-earn your self-worth. Know your worth and be brave enough to never compromise, especially when doing so leads to your demise. That’s so critical. So is never being afraid to say no. In fact, aggressively being unapproachable at times and creating boundaries to protect your integrity, your reputation and value.

2) On the flip side, being open to saying “yes” to opportunities that frighten the hell out of you, now, that’s the game changer. Fearlessly going after your dreams and focusing on paths grounded in your truth and complimentary to your expertise and passion. Trusting your heart and taking massive action.

3) Knowing what you want and being unquestionably confident when you ask for it. [Being] adamant in making sure that ultimately you are capable of creating environments which will manifest your success, repeatedly — especially when others oppose you or seek to keep you from being successful. Don’t make leaving your success up to someone else a habit. It’ll be a hard one to break and intrinsically linked to your disillusionment and failure.

Technology plays what role in your daily life?
When it comes to our FOREX Financial Clients, we’ve shown thousands of men and women from around the globe “How to Turn Your Cell Phone Into An ATM  and Earn Like The Banks.” Once upon a time, you had to pay tens of thousands of dollars for someone to trade for you. It’s not like stocks, it’s four times larger. Plus, you can profit no matter which direction the market is going. Until recent years, you had to have millions in the bank for anyone to even consider trading FOREX for you. But these days, thanks to technology, we use our cell phone and earn three, four, even five digits daily in this $6 trillion per day industry.

We offer the blueprint: proprietary software that teaches anyone who has never traded before, step-by-step [instructions on] how to trade. Our software effortlessly gives our clients entry points into the complicated Foreign Exchange currency market, 24-hours a day/ 6 days a week. Our technology provides three separate take profit points and even tells our clients where to set their stop losses. It’s a scanner that has allowed our clients to earn tens of millions of dollars so far. And if you can cut and paste, then you can trade and profit using our mind-blowing technology. If you don’t want to learn how to trade yourself you can use our Auto Traders/Mirror Trading services. Our Auto Traders have earned our clients 3 to 55 percent on their money, monthly, while the banks only give you .001 percent annually.

What social media or digital tool has made the biggest difference in your life and why?
Believe it or not, Facebook. Would you believe that’s where 80% of my FOREX clients came from? I give them secrets they were never supposed to know about. And now I see them posting screen shots of their profits, using their cell phones, every day. It’s quite remarkable that so many strangers have learned how to turn pennies into dollars, all because I attracted them through social media. I sprinkle my messaging all across social media, like sand or bread crumbs when traffic is at its peak, gravitating to where my target audiences live, breathe and play. I’m searching for like-minded conversations, articles, posts and related blogs to offer up valuable and engaging content [and it includes] initiating and joining in on relative discussions.

I keep audience’s mouths watering, asking questions, encouraging feedback. Blogging/vlogging topics audiences are already searching for help. I then post them on [the] highest ranking platforms. I drive the traffic to my main sites and convert to conversations offline. It’s made a huge difference in my life because the result is: tens of thousands of voluntary opt-ins for my autoresponders and strangers are converted to advocates. My company RichGirlsTrade (www.RichGirlsTrade.com) has attracted close to 2,000 clients just since February 2016. Our webinars, every Thursday at 10 p.m. EST, are also an excellent digital tool. The ability to put a face on your audience grows your audience exponentially.

If you could change one thing about the world, what would it be?
Divisive, venomous hatred.

What are the do’s and don’ts for young women in business?
DON’T get in the habit of always needing someone else’s permission for you to win (or take the day off). It’ll be a hard habit to break.

DO stay hopeful for the future. And DON’T believe anybody who tells you, “you can’t.” Especially, DON’T listen to the negative self-talk in your head, telling you what you can’t succeed at. Sometimes life will seem overwhelming. Stay committed and excited and nourish your dreams and goals at all costs.

DO constantly evolve.DON’T settle for being average. Rather, be freakin’ fantastic in your industry.

DO be vibrant and vivacious, and back it up with brilliance.  And DON’T worry about being conventional or changing to suit anyone else’s expectations.

Stay true to yourself and DO trust your instincts. And just like I tell the women I consult, who trade the FOREX market with my Rich Girls Trade (FB) Movement, life’s not a sprint, it’s a marathon. DON’T be impatient with yourself.  Give yourself time to grow [because] you will. Be consistent, diligent and intentional, and watch the magic happen!

DON’T try to do it all yourself: No woman is an island, nor do you have to become one. DO get yourself a “Boss Chick Squad” and dominate your industry in the most non-traditional ways. DO unapologetically push boundaries.

DO seek out environments where you’ll stand out and dominate. DON’T be afraid to stand out in the crowd.

Name three of your female role models and share why.
1) My mother, Shirley Boykin. Replete with character, wisdom and integrity. [She] practically ran her father’s grocery store at the age of 12 years old, and sassed and collected rent from her family’s tenants. As a teenager, mom became a lead singer of the Quadtones, performing every Sunday morning on the radio. [She’s] an accomplished pianist and a biology major who became an occupational therapist. Shirley raised five sensational, God-fearing children. She’s still the most loving, doting, loyal wife I have ever known and remains cherished by my Papa and her family after more than 50 years of marriage.

2) Folorunsho Alakija fearlessly takes on causes which empower, protect and honor women. By Forbes‘ recollection, the Nigerian billionaire oil tycoon is now the richest Black woman in the world, worth $7.3 billion.

3)  Dr. Jewel Tankard, BRAVO TV personality (“Thicker Than Water”), who is a pastor, wife and mother, and economist (owns two airplanes and oil wells). One of the most phenomenal time-managers and gracious millionairesses you’ll ever meet. Jewel is also my business partner and friend. She travels around the world helping our Rich Girls Trade to teach wealth strategies.