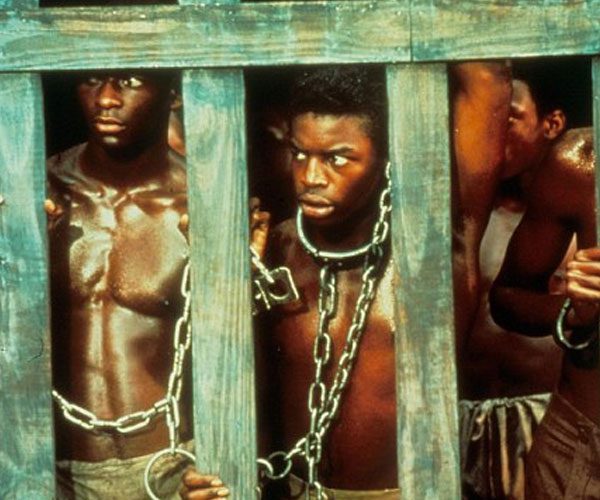 Still shot from ‘Roots’ that was playing for students during skit (Photo source: Shutterstock/REX/Moviestore)

When it comes to teaching the horrors of slavery some elementary school teachers keep getting it wrong. The latest incident occurred at Shelburne Middle School in Staunton, Virginia, after a sixth-grade teacher separated her students by race as the film “Roots” played in the classroom.

According to students, the unidentified teacher told the Black kids to pretend they were picking cotton and digging coal while the White students were told to take the role of slave-owning “noblemen.” According to the school, the teacher was doing a lesson plan on the Louisiana Purchase and wanted to also highlight slave rebellions. Some students refused to participate in the skit and parents were justifiably outraged. However, the teacher seems to feel that having Black kids play slaves was appropriate because “Roots” shows Blacks as slaves. The teacher explained her actions in a strange apology, and according to parents, she stated, “Would it have made sense to have cast White actors in ‘Roots?’ ” the teacher allegedly asked. She went on to say, “Exactly my point. For those of you that I offended, I apologize. But I want you to understand my reason for calling you up as African Americans is because you better fit the role as a slave.”

On Tuesday, Staunton School Superintendent Linda G. Reviea issued a statement that reads in part: “We were just recently made aware of the incident at Shelburne Middle School and are investigating the information we received. The matter will be handled swiftly and fairly according with School Board policy. If such behavior occurred, it is grossly inappropriate, insensitive and contradictory to the values of our school division and will not be tolerated. At all times we expect our teachers and staff to be positive role models and demonstrate sound judgment. I want to emphasize that in no way does Staunton City Schools condone or encourage instruction that deliberately singles out a person or group because of race and subjects them to disparagement or humiliation.”

The race and name of the teacher in the incident has not been released by the school district.