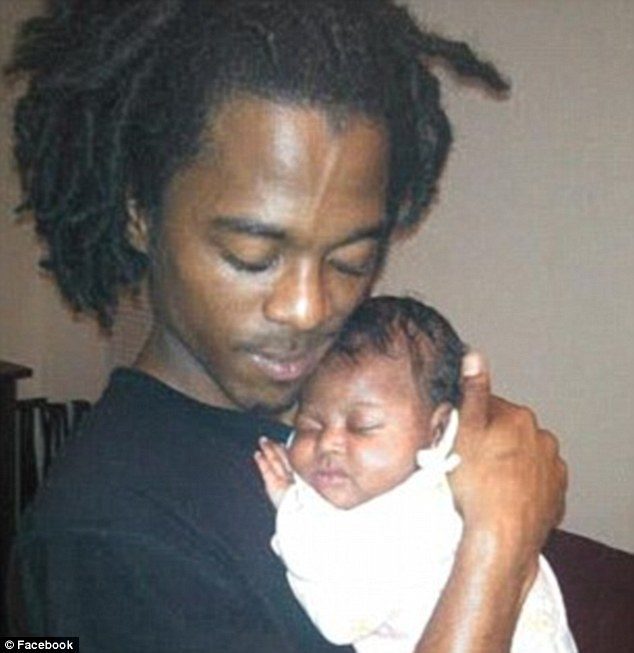 It’s a parent’s worst nightmare to bury a child. What’s even worse is when one of the parents is to blame for the child’s death. Joshua Blunt, 26, pleaded guilty to the unintentional death of his daughter on Friday, January 27, 2017, in a Mississippi court. He will serve five years supervised probation in the May 2016 death of his infant daughter, Shania Rihanna Caradine.

He left the 8-month-old to die in a hot car. He forgot she was in his 100-degree car while he was working in Grenada, Mississippi. Blunt forgot to take Shania to the babysitter before he headed to work at a restaurant. Once he realized his mistake, he attempted to revive his unconscious daughter with cool towels. The paramedics took her to the University of Mississippi Medical Center Grenada where doctors tried unsuccessfully for hours to revive the baby.

Blunt was arrested and charged with second-degree murder, which was later was lessened to manslaughter after a grand jury indictment.

His fiancée Shania is currently pregnant. She is Shanice’s mother and testified in a court statement in August 2016: “I honestly believe that it was a tragic accident.”

Blunt faced 20 years in prison if he decided to go to trial. Instead, he pleaded guilty to culpable negligence and is now considered a convicted felon. His lawyer will ask for a gubernatorial pardon at the end of his sentence.

A White mother faced no charges for the similar death of her 2-year-old, only a week before Shania’s death. Amy Bryant was not indicted in August when her daughter Caroline died in a hot car. Bryant forgot to drop her off at daycare before she headed to work. A grand jury in Madison County decided not to charge her.

Grenada County, 100 miles away, decided to indict Blunt on charges of manslaughter despite the startling case similarities.

In Cobb County, Georgia, Justin Ross Harris, 35, was found guilty of murder in the hot car death of his 22-month-old son, Cooper. Harris was accused of intentionally leaving Cooper inside a hot car for seven hours on June 18, 2014, while he was at work.