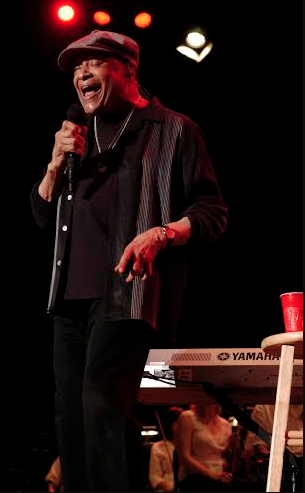 Renown jazz, pop and R&B singer Al Jarreau recently canceled his 2017 tour due to exhaustion. He passed away this morning, Sunday, Feb. 12 at age 76. The seven time Grammy Award-winner who gave us hits like “We’re In This Love Together,” “Mornin'” and the theme song to the TV show “Moonlighting” was reportedly the only vocalist in history to earn Grammy awards from three different categories: jazz, pop and R&B.

Al Jarreau passed away today, February 12, 2017. He will be missed. A few days ago, I was asked to describe Al to someone who knew of his success, but did not know him as a person. I responded with this: His 2nd priority in life was music. There was no 3rd. His 1st priority, far ahead of the other, was healing or comforting anyone in need. Whether it was emotional pain, or physical discomfort, or any other cause of suffering, he needed to put our minds at ease and our hearts at rest. He needed to see a warm, affirming smile where there had not been one before. Song was just his tool for making that happen. A few things I think he would want mentioned right now: To Al’s wife, son, sister, brothers, and family: You allowed Al to share himself with the world. He was grateful that you gave him that gift. He knew it was difficult, and regretted that more than he could explain. Please know that your gift was to us, too, and that we are also grateful. To everyone who attended his concerts, and listened to his albums: He needed you, and you always were there for him, for more than 50 years. He was thankful for you every day, and did his best to show that to each of you. To his band, and to the many, many talented musicians, writers, composers, and arrangers who played and collaborated with Al over the years: You enabled, supported, and thrilled him. He treasured you, and considered you brilliant. He loved sharing the stage with you, and was honored that you shared it with him. To each promoter, presenter, and producer: Thank you for your faith in him. Your commitment to Al was both essential and endless, and he never took you for granted. To his agents, managers, crew, counselors, publicists, and journalists who supported his work, and also to all of the airline, hotel, venue, and other people who hosted him like royalty: He noticed every bit of the dedication and effort that you unselfishly provided, without limits. And, he appreciated you completely. To young people everywhere, especially the musicians he was grateful to meet at school workshops, musical competitions, residencies, and at concerts: From you, Al asks a favor. Please find any artistic thing that you can do with passion, and do it. With art in your life, you will be a better family member, neighbor, friend, and citizen. Finally, to Al Jarreau: Thank you Al, from all of us. You completed your ministry in a beautiful and gracious way. Godspeed… you’ve earned it.

We ask that no flowers or gifts are sent. A donation page has been set up http://foundation4schoolmusic.org/lifetime-achievement-award/al-jarreau/ … For Wisconsin Foundation for School Music.

We ask that no flowers or gifts are sent. A donation page has been set up https://t.co/y3SOBIZI4O
For Wisconsin Foundation for School Music pic.twitter.com/NaBzqNJciQ


Posted in Obituaries and tagged jazz